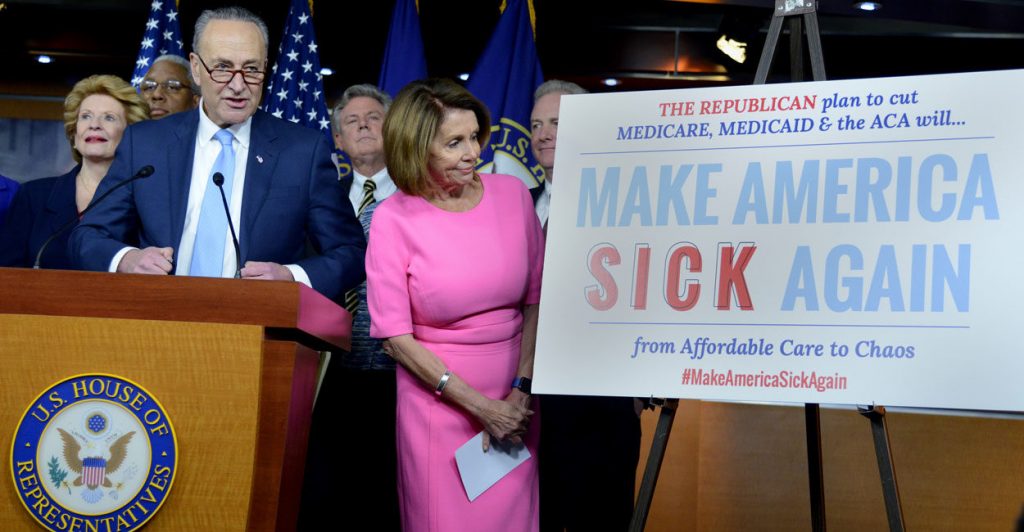 Congressional Republicans were elected to repeal Obamacare. They may run this year as the politicians who saved it.

Since late last year, GOP leaders have been planning to pump tens of billions of dollars’ worth of new federal spending into the veins of insurance companies that are hemorrhaging red ink on the Obamacare exchanges.

The transfusion is expected to be a concoction of two bills. The first, championed by Sens. Lamar Alexander, R.-Tenn., and Patty Murray, D.-Wash., would appropriate cost-sharing reduction payments to insurers. The second, sponsored by Sens. Susan Collins, R.-Maine, and Bill Nelson, D.-Fla., would give insurers an additional $10 billion (and perhaps more) in federal cash.

Both bills are a distraction and fail to address the real reasons Obamacare is driving up premium costs and reducing Americans’ insurance options. Republicans would be better off focusing on these problems, rather than diverting their attention to side matters.

The Collins-Nelson bill is a pure corporate giveaway. The additional federal funds for reinsurance payments are unnecessary. As Alaska has shown, states can use existing waiver authority to finance reinsurance arrangements without additional federal money. Instead, states can repurpose a portion of Obamacare spending to fund risk mitigation programs without burdening taxpayers.

Ironically, Republican leaders settled on this new corporate giveaway program as a result of their only real health care achievement—scrapping Obamacare’s tax on the uninsured. Insurers fretted that without the mandate, many of their healthier customers would drop coverage, saddling the remnant of insurers still selling Obamacare policies with another round of losses. They have reportedly persuaded GOP leaders to plug the cracks in Obamacare’s failing edifice with piles of cash.

And here’s the kicker: House staff members are reportedly trying to persuade the Congressional Budget Office to tinker with its baseline so as to create imaginary “savings” that Congress will then transform into real payments to insurance companies (the Collins-Nelson bill).

Confused? Congressional leaders and their besties in the insurance industry certainly hope so. They plan to nestle this gift to insurers inside a much larger bill that will fund the federal government through Sept. 30. Leaders are working to get that massive new spending measure enacted early this month.

The plan is that insurers, flush with federal cash, will go easy on 2019 premium increases. That matters because those premiums will be announced just prior to the November elections. Republicans can then run, not on having repealed Obamacare, but on heading off another round of steep premium hikes. Moderate voters will find the kinder, gentler, more pragmatic GOP appealing and help the party retain seats in swing districts.

Or so the theory goes.

The weakness in this strategy is that it requires a docile GOP base. Having promised them Obamacare repeal for eight years, Republican incumbents will have to persuade conservatives that Obamacare really wasn’t that big a deal after all. They will tell voters that, if re-elected, they will pursue more modest and gradual changes to Obamacare over the course of several years.

Base voters may acquiesce. Or they may revolt. Instead of mollifying Republican voters, the new strategy may provoke them into insisting that congressional leaders put Obamacare repeal on the 2018 agenda.

Not all congressional Republicans have conceded the repeal issue. A handful of them continue behind-the-scenes discussions about the Graham-Cassidy proposal that gained momentum last summer, only to fizzle in late September. The measure takes a Copernican approach to health reform, replacing Obamacare’s Washington-centrism with a system that provides states with resources and flexibility to establish consumer-centered health insurance programs.

A group of conservative policy analysts from inside and outside Washington has spent months developing recommendations to refine and improve Graham-Cassidy. If congressional leaders reverse course and revive repeal efforts, they will at least have a better starting place for replacement legislation than they did a year ago.

It is a long shot. Conservatives have long disagreed among themselves on important details, which is why Republican leaders abandoned repeal efforts after last July’s disastrous Senate vote. Members who haven’t given up on repeal continue to argue over the bill’s details. In seeking the optimal politically feasible outcome, they should operate with a sense of urgency and a willingness to compromise.

If they don’t coalesce behind something soon, they will find themselves bystanders as their GOP colleagues link arms with Democrats to preserve and enlarge Obamacare, not to repeal and replace it.