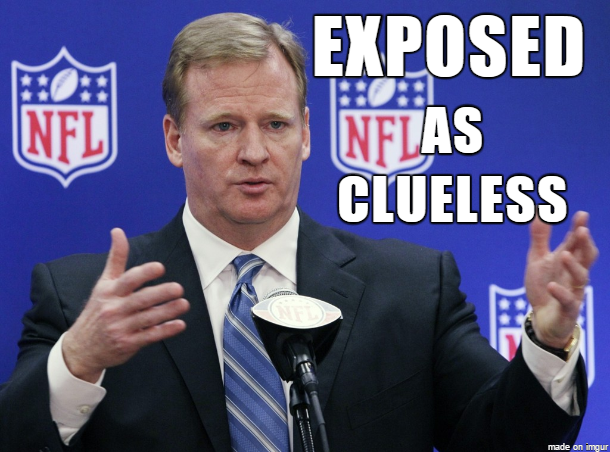 USA Today – The NFL has reached a settlement with a youth charity that sued the league for fraud over how the league enforced its gambling policy at a casino near Las Vegas in 2015.
Terms of the settlement were not disclosed. But the agreement to close the federal court case comes about a week after the charity asked a federal judge to compel NFL Commissioner Roger Goodell to testify under oath about the league’s gambling policy. …

The charity, Strikes for Kids, sued the league last year, saying it was misled by the league and lost revenue after being forced to relocate a bowling event for kids … that was to feature more than 25 NFL players as the star attraction.

The problem was the location, according to the NFL. The event originally was to take place at a 72-lane bowling alley inside the Sunset Station hotel and casino. Before the event took place, an NFL lawyer notified the charity that this would violate the league’s gambling policy, which forbids players and personnel from making promotional appearances at casinos.

In response, the charity moved to the Brooklyn Bowl, a bowling alley with only 16 lanes available but physically not located inside a casino building. The NFL said this location was OK even though it was still part of the LINQ casino promenade near the Las Vegas strip.

To push its case, the charity wanted to question Goodell about why one casino-related bowling alley was OK but the other was not.

That was a valiant effort by Strikes for Kids. And a brilliant legal strategy. The NFL might have unlimited resources to battle you in court, wear you down and get you to cave (just ask the NFLPA), but what they don’t have is the truth. And nothing will get them to capitulate faster than the idea of Commissar Goodell being force to give straight answers.

And of course, I’m talking about real answers. Not some puffball interview with one of his cowed broadcast partners. Not planted questions at his press conferences like the British guy asking how American football can be just so marvelously popular in his country or some 9-year-old moppet asking if she can be in the NFL someday. The actual truth. Under oath. Before God. With pains and penalties of perjury. Goodell obviously gets off on the idea of wielding his infinite power to push little people around. And I have no doubt that nothing gives him a raging Hate Boner like ruining some charity event where players are volunteering to help kids. But at the mere suggestion he would have to explain himself, out came the checkbook. He took the coward’s way out, as bullies usually do.

Of course it’s one thing to lie about concussions, Ray Rice, Bullygate, Bountygate, Deflategate and a million bad officials calls. But Goodell’s lies about gambling are hypocrisy raised to an art form. The year before last Tony Romo had to cancel a Fantasy Football event because it was going to be held in a tent near a casino. Strikes for Kids can’t use a massive bowling alley that’s perfect for them because it’s attached to the hotel. But that tiny one out back by the wedding chapel? That’ll do. The kids won’t get any money but the distance from the building will keep our players from being corrupted. But when the Raiders come to Vegas and have a $2 billion stadium built for them with gambling money? Hey, business is business.

It’s laughable. The biggest, toughest, most power man in sports – the sheriff who came to town to clean up football and who according to Peter King once stared down a gunman to save a stranger’s life – can’t handle the truth. So good for Strikes for Kids. And good for these guys: