But Whoopi Goldberg’s screenshot of Trump’s tweet cut out the photo underneath this words, so that viewers could not actually see what Trump was referring to: Stormy Daniels’ ex-husband.

“I guess You Know Who was watchin’” Goldberg said. She later told President Trump to shut his mouth in Spanish and said, “Hush, fool, hush.”

Here’s the doctored image from The View:

Big League Politics reported on the resemblance between the Sketch-Man and Daniel’s husband. 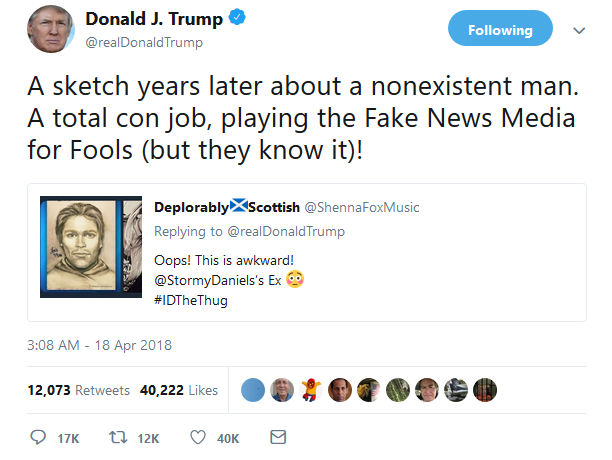