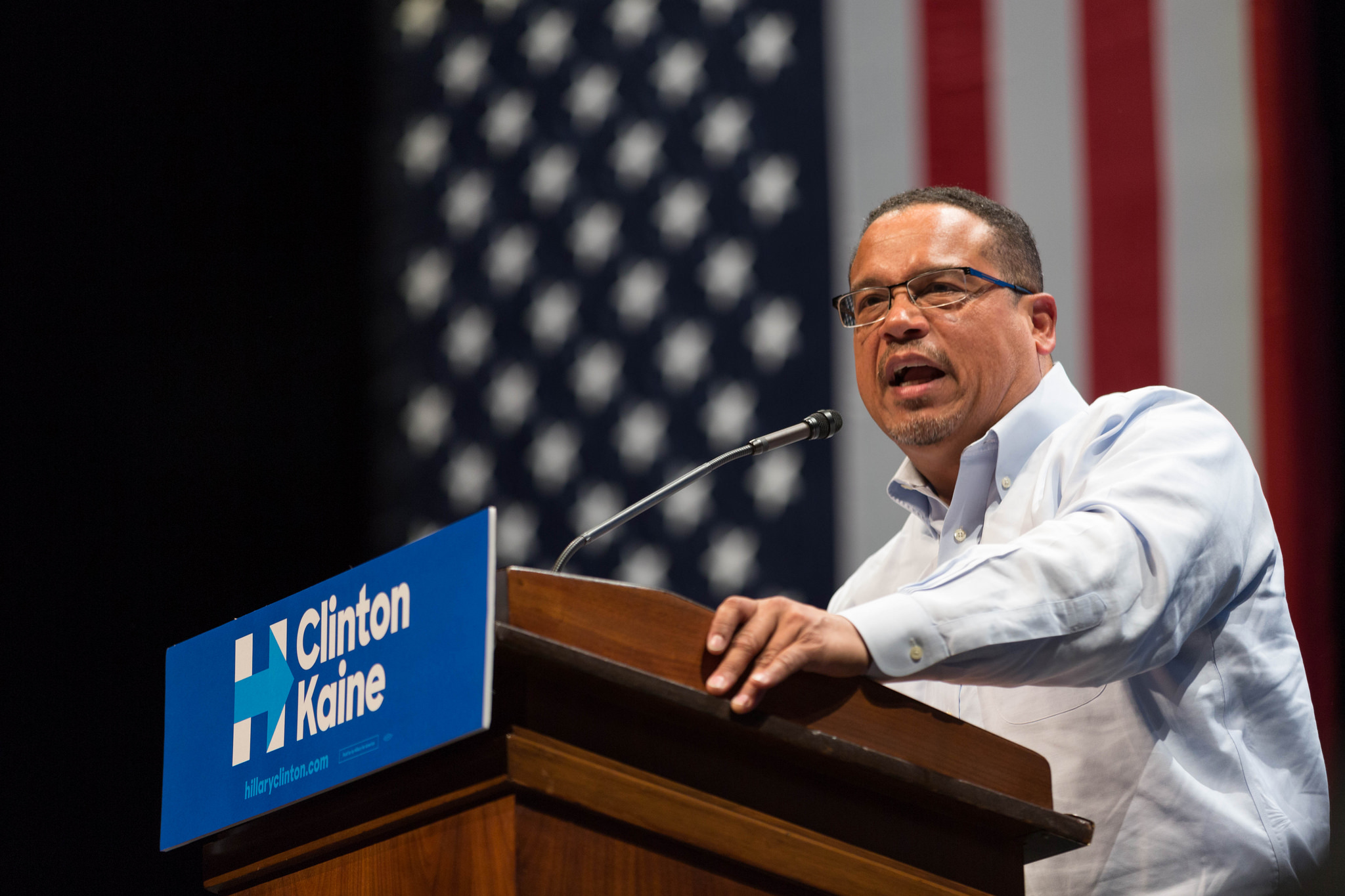 Rep. Keith Ellison (D-MN) says that Twitter should take away President Trump’s account after he used it to attack MSNBC hosts Mika Brzezinski and Joe Scarborough.

“I personally think that Twitter the company should treat him just like any other social media abuser and snatch his account,” he told TMZ in an interview released Friday.

“He doesn’t have a right to a Twitter account,” the deputy chairman of the Democratic National Committee (DNC) added.

“This is a private sector business. And if he’s misusing it and abusing people serially, I think he shouldn’t have an account.”

Some Twitter users on Friday defended Trump for lashing out at Brzezinski and Scarborough the day before.

Don't poke the bear unless u want to get bitten. U went after him 4 mths. Did u think he wouldn't respond? Or did u?

Other people on the social media platform criticized Trump instead, arguing the President should not strike at the co-hosts of MSNBC’s “Morning Joe.”

Shouldn't you be governing the country or in meetings instead of watching people gossip on TV? The USA is so sad that you're president. Sad.

Brzezinski and Scarborough on Friday alleged that staffers in Trump’s White House threatened them with a negative story in The National Enquirer unless they apologized to the president.

“This year, top White House staff members warned that the National Enquirer was planning to publish a negative article about us unless we begged the president to have the story spiked,” they said in a Washington Post op-ed.

“We ignored their desperate pleas,” they added, noting “three people at the top of the administration” issued the warning.

Trump on Thursday attacked Brzezinski and Scarborough in a pair of tweets that have since drawn bipartisan condemnation.

…to Mar-a-Lago 3 nights in a row around New Year's Eve, and insisted on joining me. She was bleeding badly from a face-lift. I said no!

The president has repeatedly feuded with the TV personalities over their coverage of his administration, which has often been critical.