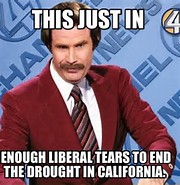 Again, we will look at some of the stories that you may have missed from this past week. The stories will not include all the detail necessary but will give you a starting point. Ask us more on these stories and we’d love to have your opinion on these topics.

The economy has picked up since Trump has taken over as president but the drama in Washington has kept him from working on his agenda. As the drama is resolved in Washington, Trump’s and the rest of the Republicans will be able to focus on working on actual issues.
Source: http://www.newsweek.com/donald-trumps-approval-rating-better-bill-clintons-first-term-621853

The talks of energy security often surface in headlines and the famous Three Mile Island has done just that. The site of the largest nuclear accident in U.S. history will be closing its doors.

Exelon, current owners, announced the closing, which is not surprising after five years of financial losses at the plant.
The strain from Obama’s Clean Power Plan and the recent loss of a contract to supply energy to Pennsylvania’s energy grid has tipped the Chicago-based company to announce the plants closing in 2019.

The issue is the lack of knowledge citizen have on the safety and efficiency. Many people are scared off because of the possibility of a meltdown but almost every incident is because of human error. Nuclear energy can keep the tree-huggers happy and still provide a cheap form of energy to consumers.                   Source: http://www.foxnews.com/us/2017/06/02/us-nuclear-energy-industry-struggles-as-three-mile-island-shutdown-looms.html
The country was divided on Trump’s decision to exit the Paris accord this week but it seems that some states will not be stopped by his decision. 13 states have signed executive orders to continue with reducing emissions. These states are not the only ones, many large corporations have signed the same pledges for their businesses.

It is against the constitution for states to sign forging agreements. Trump’s decision has saved the use millions, and possibly billions, but now these states will be stuck with the cost of the pledge. We may be behind others for cutting emissions but it seems that we have higher priority issues to deal with before climate change and cutting emissions.
Source: http://www.newsmax.com/Newsfront/US-Paris-Accord-Loyalists/2017/06/07/id/794601/

The Black Lives Matter’s leader, Shaun King, said earlier in the week that he is boycotting the National Football League. His reasoning is that the NFL has blacklisted Colin Kaepernick and the “bigotry” of the league.

For those that do not know, Colin Kaepernick started a movement when he kneeled during the national anthem, which was to stand against police brutality. He has been unsigned since he opted out of his contract with the San Francisco 49ers in 2016. His release followed a very poor year where the 49ers finished with a 2-14 record.

Shaun King is protesting the NFL because the pro-Trump owners will not sign him but he isn’t looking at the point that he may not be good enough. African Americans make-up over two-thirds of the NFL. His protest seems like another cry of race. Source: http://insider.foxnews.com/2017/06/07/black-lives-matter-leader-shaun-king-calls-nfl-boycott-over-colin-kaepernick-blackballing
The Senate has been at a standstill over the repeal and replacement of ObamaCare. This week the Republican held Senate was at a 50-50 tie on the healthcare reform. Repealing and replacing ObamaCare was a major promise from the GOP during the past election and will be crucial that they are able to win over votes.

There is major push back from Democrats on the reform but this can be overcome with Republicans in the Senate. The bill would cut close to 900 billion and put a limit on federal funding by 2020. This has become more promising as the current situation is better than expected.
Source: http://thehill.com/homenews/senate/336145-senate-returns-more-pessimistic-than-ever-on-healthcare
Republicans must watch the possibility of losing seats with the upcoming congressional redistricting. Congressional redistricting happens every 10 years and could give momentum back the Democrats. The results of the national census will determine how the districting will work.

It will be important that the census is conducted in a nonpartisan manner and that it will not skew the redistricting. With the countless scandals, we have seen in the news it will be important to watch what will come from the redistricting and census.
Source: http://www.foxnews.com/politics/2017/06/05/gop-senator-voices-concerns-about-pro-dem-firm-working-2020-census.html
Last weekend, Muslims took their Ramadan practices to the front door of Trump Tower in New York. They were not in the wrong by doing so but it seems that they were trying to send a message to President Trump.

Muslims that participated were sending a message that they are here and ready make it known. Though this was completely legal, it only raises tensions and creates questions of Muslim’s throughout the country. The Muslim holiday, Ramadan, is a time of increased terror attacks called for by ISIS. These protest cause fright in bystanders and show disrespect towards Trump.
Source: http://www.thegatewaypundit.com/2017/06/muslims-take-street-start-praying-front-trump-tower-new-york-ramadan-video/
These are only a few of the many headlines from the past week and this does not include enough detail to understand the full story. The summaries are intended to cover a few more topics that could have been overlooked. Feel free to contact us and ask questions, comment, or give more thoughts on any of these topics.