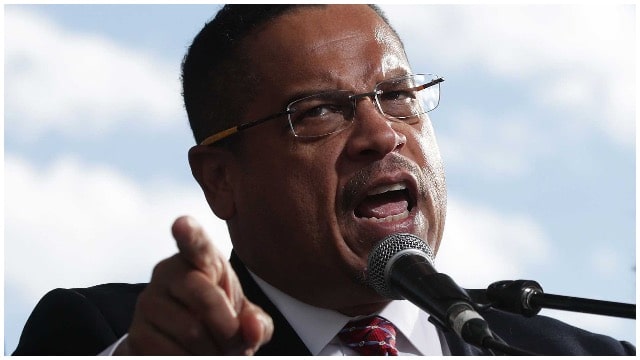 Democrats are often busted for misleading the American public.

This particular case of untruth involves DNC Deputy Chair Keith Ellison claiming he rejected Nation of Islam leader Louis Farrakhan, yet he ate dinner with him in 2013!

Rep. Keith Ellison, the deputy chair of the Democratic National Committee, who protested over a decade ago that he rejected and condemned “the anti-Semitic statements and actions of the Nation of Islam [and] Louis Farrakhan,” somehow had no problem attending a private dinner in 2013 with Iranian president Hassan Rouhani at which Farrakhan was in attendance.

As Haaretz reports, in 2016, when Ellison ran for the leadership of the Democratic National Committee, he reiterated his position on Farrakhan, stating that he condemned Farrakhan’s “hatred and division […]