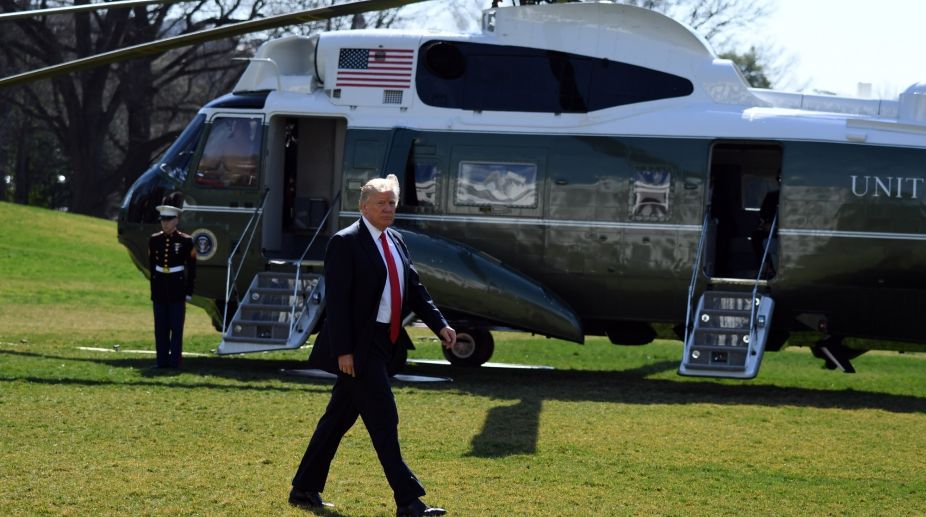 The Trump administration is expected to ratchet up pressure on Iran with a slew of new sanctions targeting the Islamic Republic’s illicit ballistic missile program and regional support for terrorism as the landmark Iranian nuclear deal hits its two-year anniversary, according to senior U.S. officials who deemed Iran in violation of the agreement’s “spirit.”

News of the new sanctions comes on the same day that Iranian military leaders threatened attacks on U.S. forces and bases in the Middle East should America move forward with new sanctions, particularly ones targeting the Iranian Revolutionary Guards Corps, or IRGC.

The new sanctions are part of a larger White House effort to counter Iran’s massive military buildup and rogue militant activities across the Middle East, specifically in Syria, where Iranian-backed forces have launched a series of direct attacks on American forces in recent weeks.

U.S. official dubbed Iran “the most dangerous threat to U.S. interests” and promised a series of new efforts both militarily and policy oriented to combat the Islamic Republic’s illicit activities.

The new sanctions are being leveled outside the purview of the nuclear deal, meaning that they are all non-nuclear related and do not violate conditions of the deal barring the United States from engaging in such activity.

The Trump administration is continuing to perform a full-scale review of its Iran policy, including the nuclear deal. The review is set to be completed in about a month’s time, according to the administration.

The White House must make a decision by Tuesday on whether it will recertify that Iran is in compliance with the deal. The administration is likely to again certify Iran as in compliance of the agreement, despite mounting evidence this not the case. Deliberations in the White House had not concluded as of late Monday morning, but officials signaled they were leaning towards certifying Iran as not in technical violation.

U.S. officials were hesitant to deem Iran in direct violation of the deal, but said Tehran “is in default on the spirit of that agreements,” according to senior administration officials who spoke on background.

“Years of concessions … have resulted in the unintended effect of empowering Iran across the region,” one senior administration official said about the package of new sanctions on multiple Iranian individuals and entities tied to the country’s ballistic missile program and proliferation efforts.

“What we’re saying is Iran is in default of the spirit of the JCPOA,” or Joint Comprehensive Plan of Action, the Iran deal’s official title. “We need to ensure more aggressively they are in compliance with the letter of the JCPOA.”

U.S. officials said that Iran has obfuscated key details of its nuclear program, and continues to engage in activities that could be in violation of the agreement.

“Iran has been less than forthcoming, walking up to the edge of violating the JCPOA,” one senior U.S. official said. “That behavior has to stop.”

Officials also criticized key flaws in the deal that allow Iran to engage in critical nuclear work within the next decade.

The United States plans to “ramp up our efforts to verify reports” of Iran’s alleged violations, officials said.

As part of the effort to combat Iran’s activities, the Trump administration is expected to announce an additional package of sanctions that includes 16 Iranian entities and individuals found to be supporting Tehran’s illicit and criminal activities in the region. This includes seven entities and five individuals found to be supporting the Iranian military and criminal organizations.

As news of the expected new package of sanctions came, Iranian military leaders issued new threats warning of attacks on U.S. regional bases should the Trump administration move forward with plans to sanction the IRGC and designate it as a terror group.

“Putting the IRGC in one single class with the terrorist groups and imposing similar sanctions against the IRGC poses a major risk to the U.S., its bases and forces deployed in the region,” Mohammad Hossein Baqeri, chief of staff of Iran’s armed forces, warned on Monday during remarks before IRGC commanders.

Baqeri also lashed out at sanctions on Iran’s ballistic missile program, stating, “the Islamic Republic of Iran’s missile power is defensive and is never negotiable at any level.”