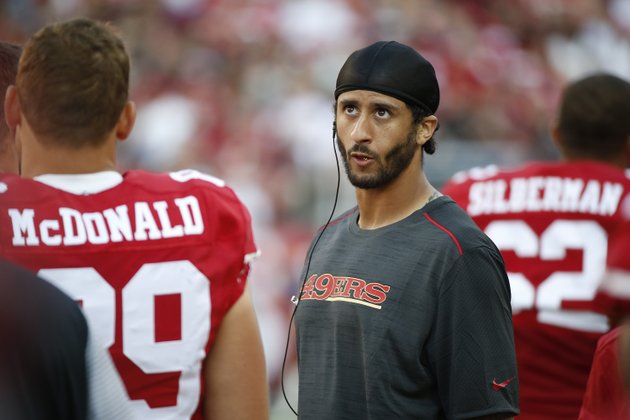 The Texans decided to sign Matt McGloin to fill the roster void.

As I’m sure everybody can imagine that didn’t go over extremely well with the keyboard warriors on the internet.

The Texans signed Matt McGloin, who is that you say, exactly, so just be clear, Kaep is blackballed plan and simple

Say what? The @HoustonTexans sign Matt McGloin instead of @Kaepernick7? #BobMcNair has decided he likes losing. PATHETIC https://t.co/vTFdJAIBnn

Matt McGloin threw 3 touchdowns and 3 interceptions TOTAL in the past 3 NFL seasons.

Every quarterback signed by the NFL the rest of the year should have to wear "Not Kaepernick" on back of his jersey.

People reacting to quarterbacks being signed before Kaepernick will never not be funny. Facts go flying out the window, and everybody rushes to Twitter with their hot takes. They’ll ignore the fact McGloin has a history with Texans coach Bill O’Brien, because facts don’t matter anymore. People just complain and complain. Like I said, this will never not be incredibly entertaining.