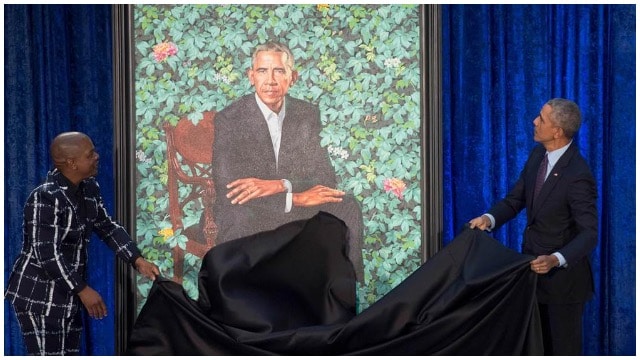 Barack Obama, arguably the head of the most corrupt administration in United States history, unveiled a portrait of himself and wife Michelle at the National Portrait Gallery in Washington D.C.

Needless to say, conservatives had a field day with the ’embarrassingly bad’ portraits – especially Barack’s.

In a ceremony on Monday, the former president and first lady were joined by a crowd of invited guests which included Michelle’s mother and former Vice President, Joe Biden.

Should have as a backdrop green cash rep.massive quantity delivered to Iran & the countless faces of citizens portrayed behind him who suffered due to his tenure as President.