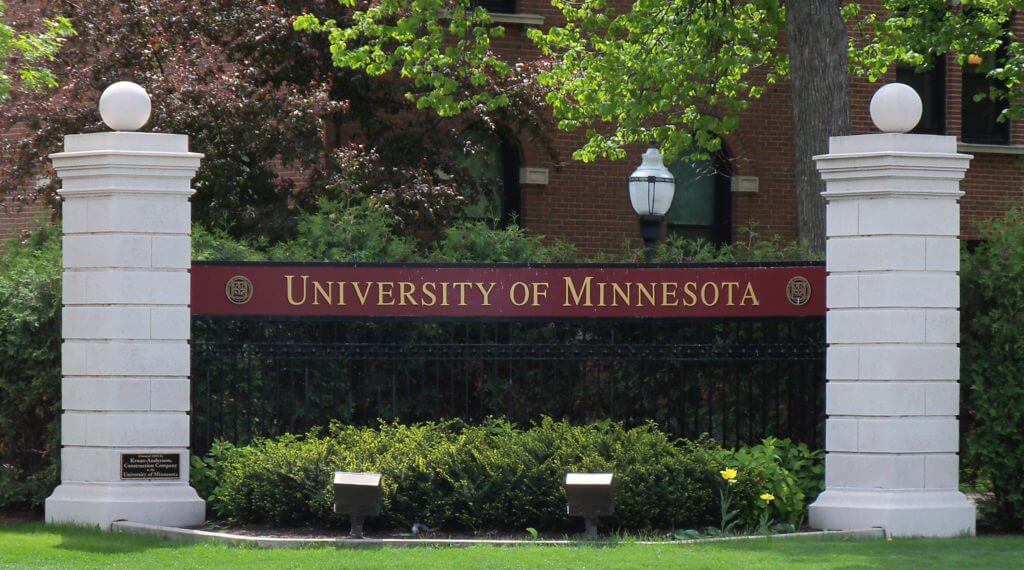 The policing of language to include “nonbinary gender pronouns” is now the order of business at the University of Minnesota (UMN) where students have been provided with a detailed resource guide to use in their writing. No prizes for guessing the gulag that awaits the students who use binary pronouns.

According to Campus Reform, the Campus Climate UMN Twitter account promoted the guide as a “terrific resource for understanding nonbinary pronouns.” The guide offers a gender pronouns chart that can be accessed on the UMN Center for Writing’s website.

“Many people understand the existence of gender pronouns beyond the binary (she/her/hers or he/him/his). However, they may not be familiar with how to use those pronouns in sentences,” the problem statement reads.

“As a result, even when they know the pronouns of reference for a person, they can struggle to incorporate those pronouns in their writing,” the statement concludes, alleging the solution is to “learn the typical forms that nonbinary gender pronouns can take.”

The pronouns listed on the website range from the traditional variety — “they/them/theirs” — to the incoherent variety — “ey/em/eirs,” — to the what-kind-of-acid-doped-hippie-wrote-this variety — “ze/zir/zirs” and “co/co/co’s.”

“The following chart provides examples of some nonbinary gender pronouns in a variety of forms,” says the site, which claims to have adapted the chart from the LGBT Campus Center’s “Gender Pronouns Guide” at the University of Wisconsin-Madison. The goal, as the guide states, is to get people to “practice using nonbinary gender pronouns so that they become more automatic.” 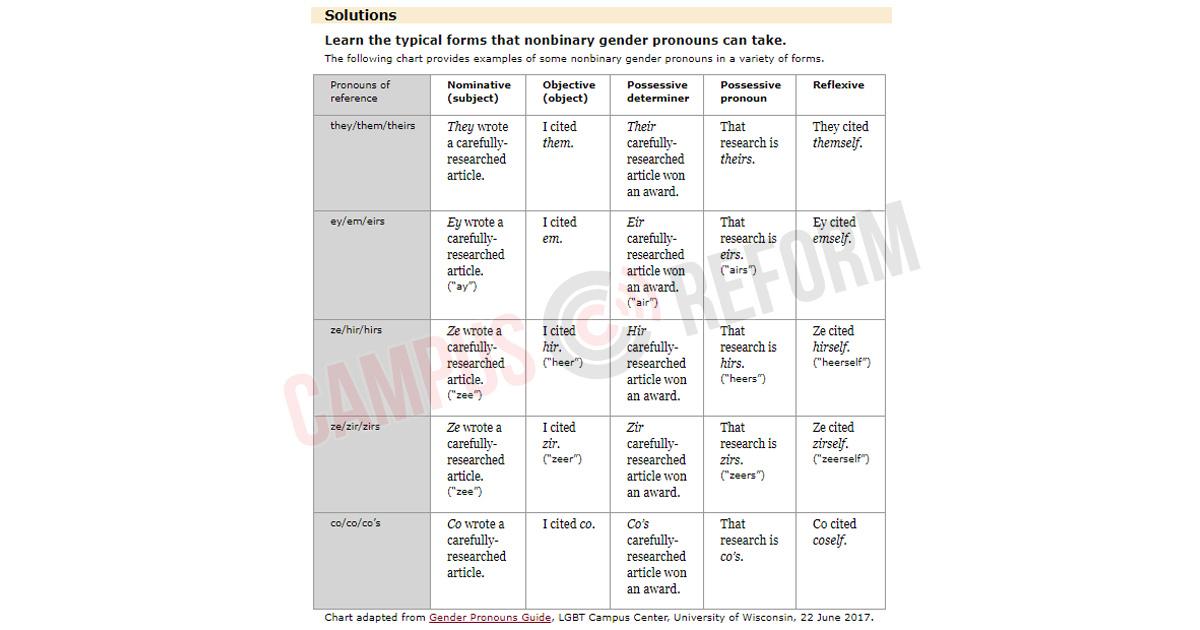 Should students become confused on their contextual implementation, they can refer to the “Gender Neutral Pronoun Blog” to see “how nonbinary pronouns appear in context.”

When adressing audiences unfamiliar with these “nonbinary” pronouns, writers are encouraged to use a footnote, which can read as follows: “In this paper, I use the nonbinary gender pronouns [name them] because the people I am citing and/or to whom I am referring use these pronouns to refer to themselves. It is important to me that I respect their identities in my writing by using the appropriate gender pronouns.”

An article on UMN’s Campus Climate Page states that “this terrific resource to better understand gender pronouns, especially in the context of writing, was created collaboratively by Katie Levin, Co-Director, Center for Writing; and Melinda Lee, Assistant Director, Gender and Sexuality Center for Queer and Trans Life.”

The “nonbinary gender” pronoun in the college classroom has spelled doom for some students less inclined to go along with the brainwashing. Earlier this year, a Northern Arizona University (NAU) student lost credit on an English paper for using the word “mankind” instead of a gender-neutral alternative.

“I would be negligent, as a professor who is running a class about the human condition and the assumptions we make about being ‘human,’ if I did not also raise this issue of gendered language and ask my students to respect the need for gender-neutral language,” the professor told the student. “The words we use matter very much, or else teachers would not be making an issue of this at all, and the MLA would not be making recommendations for gender-neutral language at the national level.”