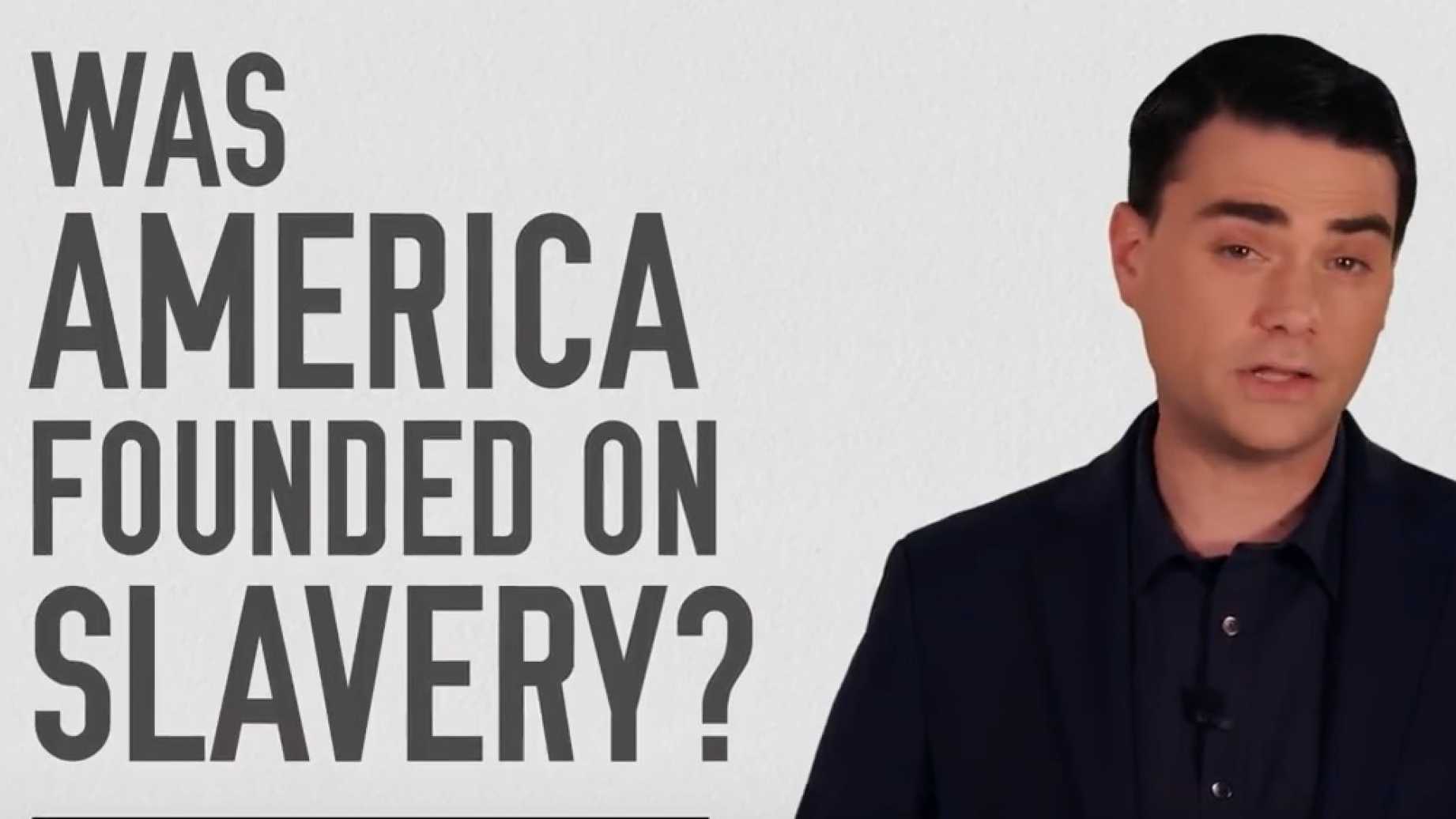 In a new video released by The Daily Wire, titled, “Was America Founded On Slavery?”, Daily Wire Editor-in-Chief Ben Shapiro deconstructs the argument that the United States of America was founded on slavery.

Shapiro begins by noting that the “America was founded on slavery” canard has been utilized to justify everything from affirmative action to federal transfer payments to low-income minorities, as well as a scapegoat for elevated levels of black crime and for black educational underperformance.

Shapiro succinctly states, “It’s also a wild overstatement.” He acknowledges that slavery was a grave moral evil, pointing out that at the time of the American founding, slavery was common across the world.

The first European country to ban import of slaves to its colonies was Denmark in 1803; Britain only outlawed the Atlantic slave trade in 1807; the United States passed legislation banning the new importation of slaves beginning in 1808. Britain only passed gradual abolition of slavery in 1833; Denmark only abolished slavery in 1846, France in 1848, Brazil in 1851; and the United States in 1862.

Shapiro notes that many nations continued to practice slavery well into the twentieth century, pointing out that Saudi Arabia only abolished slavery in 1962.

Back to the historical record: Vermont abolished slavery in 1777; Thomas Jefferson wanted to include a provision in the Declaration of Independence that would have condemned King George III for “wag[ing] cruel war against human nature itself, violating its most sacred rights of life and liberty in the persons of a distant people who never offended him, captivating and carrying them into slavery in another hemisphere, or to incur miserable death in their transportation hither.” But Southern states would only vote for independence if the provision was removed, and the vote for independence had to be unanimous in order for it to pass.

As for the three-fifths clause in the Constitution, a subtle point that is often missed is that it was there to prevent the South from gaining power and retaining slavery, as Shapiro explains:

The whole question of popular apportionment rested on whether to count slaves fully for purposes of representation. To do so would have put the slaveholding south at a significant advantage: they would have counted slaves in their population, not allowed them to vote, then used their increased representation in order to re-enshrine slavery.

One more fact: 620,000 Americans died in a war that was fought to free the slaves.

As for the argument often made that the economy of the United States was built on slavery, Shapiro points out that the South’s economic power was dismal compared to that of the North, which is why the North was able to overcome the South during the Civil War.

He concludes: “So no, America wasn’t founded on slavery. It was founded in spite of slavery. And we fought the bloodiest war in American history to end it.”