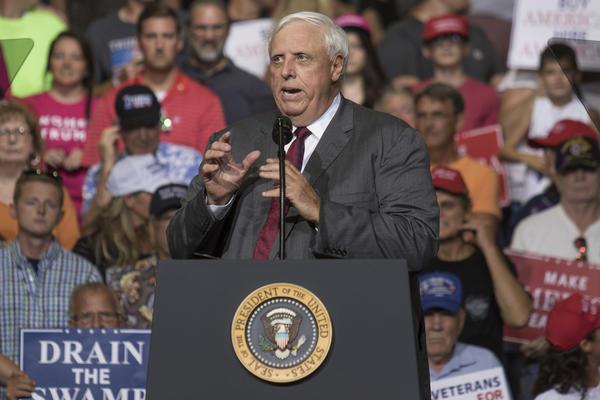 Justice said that while Trump’s deregulation efforts had been a boon to West Virginia, eastern coal remains at risk due to rising competition from natural gas and coal in western states, the Wall Street Journal reports.

Justice said he made the ask personally of Trump, in the Oval Office. The money would be allocated to pay eastern power plants $15 for each ton of thermal coal they buy from the Central or Northern Appalachian region, which includes parts of West Virginia, Ohio and Pennsylvania.  About 300 million tons of coal are sold there in a year.

Justice argued that the funds for eastern coal was a “homeland security incentive,” as the loss of an easy source of power on the east coast would render the grid more susceptible to terror attack.

“In the scope of things, that would be a drop in the bucket to protect ourselves,” he said. “And looking at the other side, you would put thousands and thousands and thousands of people to work, and the net-net of that is that the $4.5 billion would get eroded tremendously, so that it may end up costing almost nothing.”

A representative of the Wyoming Mining Association was not so happy with Justice’s plan.

“We very much think it’s best when the government’s not involved, and feel the free market instead should be allowed to work,” Travis Deti, a spokesman, said.

Justice, a firm admirer of Trump’s, recently made headlines by switching from Democrat to Republican at a Trump rally in Huntington, West Virginia.