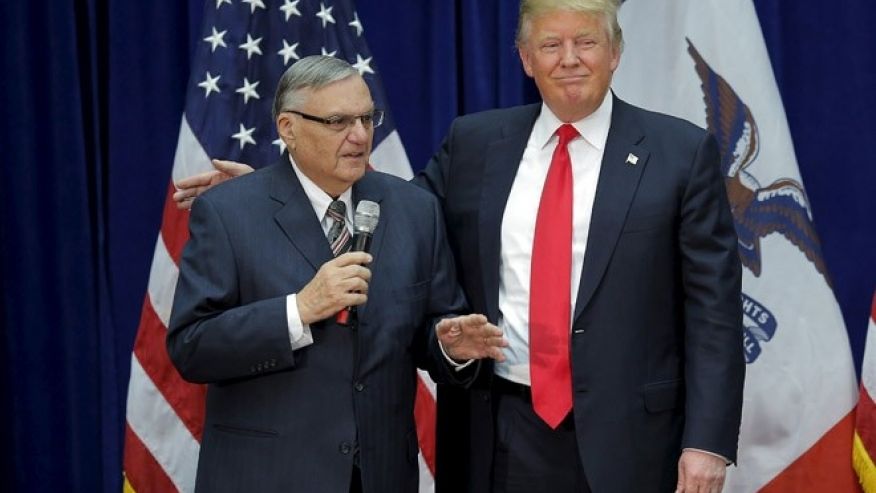 “By the way, I’m just curious. Do the people in this room like Sheriff Joe? So, was Sheriff Joe convicted for doing his job?” Trump said. “He should have had a jury, but you know what? I’ll make a prediction. I think he’s going to be just fine, ok? But I won’t do it tonight, because I don’t want to cause any controversy. Is that ok? All right? But Sheriff Joe can feel good.”

It was heavily speculated Trump would pardon Arpaio while he was in Arizona. Although he telegraphed the move during his remarks, he didn’t make an official announcement.

But according to CNN correspondent Kaitlan Collins, the decision to issue the pardon is coming soon and paperwork has been prepared at the White House. It will be the first pardon of Trump’s presidency.

I'm told the White House has prepared the paperwork for Trump to pardon former sheriff Joe Arpaio when he makes the final decision.

Arpaio was found in criminal contempt of court earlier this month by a federal judge and faces up to six months in prison. His sentencing is scheduled for October.