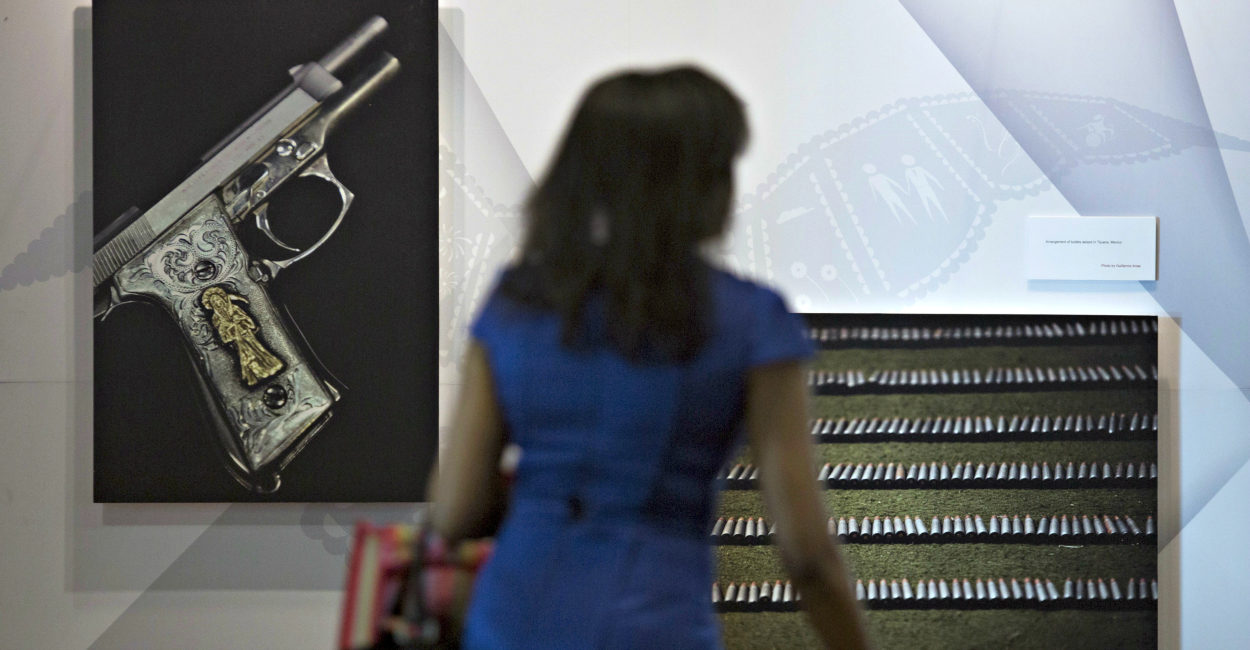 The nations that ratified a global Arms Trade Treaty are gathering for their third annual conference this week in Geneva, Switzerland. As always, this conference features many nations declaring unwavering commitment and support for the treaty, which purports to require nations to regulate the conventional arms trade.

What the Arms Trade Treaty actually does is give left-wing activists a platform to mount campaigns against U.S. and British arms sales, while ignoring Iran, Russia, China, Syria, and all the other dictatorships.

And how many of those nations meeting in Geneva are willing to put their money where their mouth is?

Not many, it turns out.

And yet the United States, which hasn’t even ratified the Arms Trade Treaty, or ATT, pays more to administer it than any other nation except Japan. More on that later.

A total of 130 nations, including the U.S., so far have signed the treaty, according to the secretariat, or administrative office. Of these, 92—not including the U.S.—also have ratified the pact, making them “states parties.”

In 2015, at the first annual Conference of States Parties in Cancun, Mexico, the nations that had ratified the treaty agreed that their annual get-togethers, and the budget of the administrative office, would be paid for by national contributions from states parties, other signatories, and observer nations.

Contributions are assessed according to a modified United Nations formula. Otherwise, many poorer nations would owe so little that it would not be worthwhile to collect their contributions.

You might think all that agreement would be worth something. Well, you’d be wrong.

So administrators of the Arms Trade Treaty have assessed a total of $2.04 million in contributions, but received only $1.67 million, for a deficit of $370,000, or 18 percent.

Of the 137 nations assessed either or both years, 77 are behind on their payments. Of these, 40 were assessed and failed to pay in both years, meaning they are unlikely ever to meet their arrears.

So even if the payment rate picks up over the rest of 2017, a significant minority of Arms Trade Treaty states parties and signatories will still (if not forever) be behind on their bills.

The performance of the states parties, the nations that ratified the treaty, is particularly remarkable.

Of the 86 nations assessed for 2017, only 49 (or ­­­­57 percent) paid up. That was down from the previous year, when 62 percent did so. All of the nations are legally committed by ratifying the treaty, and virtually all voted in favor of it in the U.N. General Assembly in 2013.

The simple fact is that only a bare majority of the nations that are party to the Arms Trade Treaty are willing to do anything more than utter sweet nothings in support of it.

­­So how is the treaty getting by? The answer is clear: by relying on a few big contributors to pay the bills. That’s the reason the failure of a near-majority of nations to get out their checkbooks hasn’t bankrupted the treaty (yet).

Yes, you read that right. Even though the U.S. has not ratified the Arms Trade Treaty, even though Congress never has appropriated any money for this purpose, and even though Congress repeatedly has banned funding to implement the treaty, the U.S. is paying $93,000 into the treaty each year, or about 11 percent of the entire budget. Only Japan pays a greater share of the expenses than America does.

By the standards of the U.S. government, $187,000 is not much money. But it’s incredible that the executive branch could commit to pay into the treaty without congressional sanction, actually make the payments, and do so in the face of congressional opposition.

It’s equally incredible that the Trump administration hasn’t put a stop to this folly by withholding all U.S. payments except for costs incurred by the U.S. delegation attending the Conference of States Parties.

Right now, America is paying the tabs of quite a few other nations—which, unlike us, actually are parties to the treaty. If they like the Arms Trade Treaty so much, they should pay their own bills.