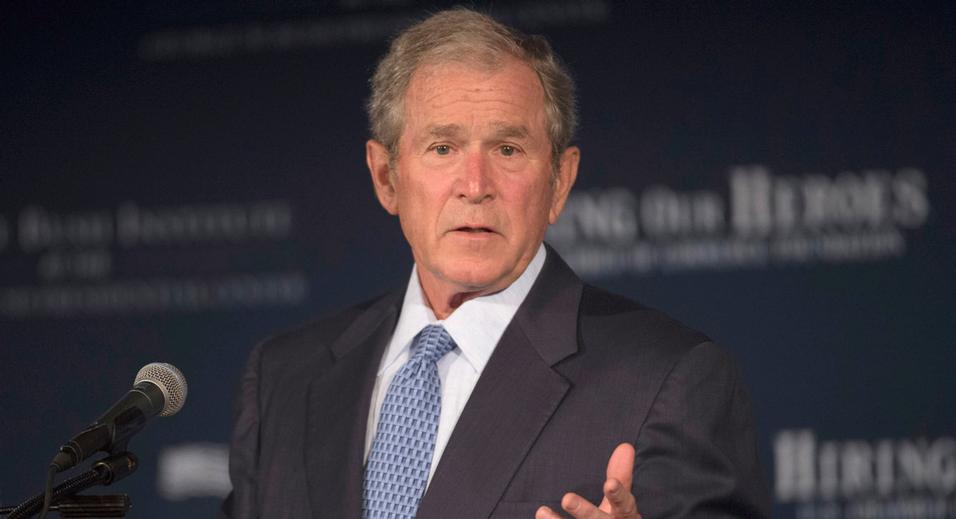 Former president George W. Bush has weighed in on the conspiracy theory that Russians interfered in the 2016 presidential election.

Bush, who left office with historically low approval ratings following a failed war in Iraq and an economic collapse, has improved his standing with the mainstream media by criticizing President Trump (though without using Trump’s name). Bush always refrained from slamming Barack Obama, stating that he does not seek to criticize his successors.

The “Russia” investigation led by Robert has suffered major setbacks of late, with revelations that President Obama was personally involved in an attempted coup against President Trump.

Additionally, a Uranium One informant testified Wednesday that Hillary Clinton colluded with the Russians to sell them 20 percent of our uranium — a story first broken by Peter Schweizer at Breitbart early in the presidential election cycle.

Former president George H.W. Bush has been more explicit in his criticisms of Trump, calling our current president a “blowhard.”

George W. Bush has mostly stayed away from directly campaigning in recent years, except when he headlined a rally for his brother Jeb during the South Carolina primary in 2016. Trump defeated Bush and all other competitors in that primary.