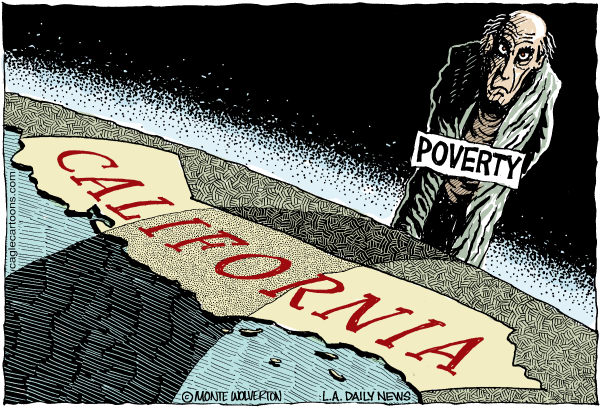 An excellent op-ed in the L.A. Times today by Kerry Jackson is on why California – with its liberal politics and generous welfare system – is the “poverty capital of America.”

According to the Census Bureau, one out of five California residents is poor.  This despite the state’s per capita GDP rising twice as fast in the last five years as the national average.  From 1992 to 2015, state and local governments spent nearly $1 trillion to help the poor.  The state, with 12% of the American population, is home today to about one in three of the nation’s welfare recipients.

Jackson then reaches the not so astonishing conclusion: “The generous spending, then, has not only failed to decrease poverty; it actually seems to have made it worse.