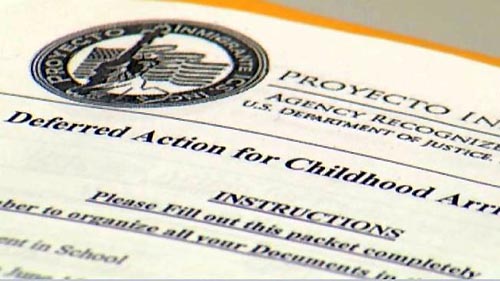 We mentioned yesterday that Sen. Tom Cotton of Arkansas — an immigration restrictionist who cannot be mistaken for a “pro-amnesty” establishmentarian — came out on Sunday in favor of passing a version of the DREAM Act to protect DACA recipients if it’s coupled with immigration enforcement measures. “We should find a way to give [DACA recipients] legal status,” Cotton told Byron York, “but we also have to mitigate the inevitable consequences of that action,” because even a righteous amnesty “will encourage more illegal immigration.”  President Trump’s Tuesday statement made a similar point:

There can be no path to principled immigration reform if the executive branch is able to rewrite or nullify federal laws at will. The temporary implementation of DACA by the Obama Administration, after Congress repeatedly rejected this amnesty-first approach, also helped spur a humanitarian crisis – the massive surge of unaccompanied minors from Central America including, in some cases, young people who would become members of violent gangs throughout our country, such as MS-13…Congress now has the opportunity to advance responsible immigration reform that puts American jobs and American security first…As I’ve said before, we will resolve the DACA issue with heart and compassion – but through the lawful Democratic process – while at the same time ensuring that any immigration reform we adopt provides enduring benefits for the American citizens we were elected to serve.

In addition to Speaker Ryan’s press release in support of the president’s one-two punch of gradually rescinding DACA and calling for Congressional action, a number of conservative Senators embraced some version of the Cotton approach. For instance, here are official statements from Wisconsin’s Ron Johnson and Utah’s Mike Lee:

Marco Rubio, an immigration reform proponent, also says he’s in favor of dealing with this issue expeditiously, but made clear that he wants more detailed guidance from the White House about what sort of bill President Trump would be willing to sign. This is a reasonable and important question to ask:

At yesterday’s White House press briefing, Sarah Sanders indicated that Trump is not interested in signing “clean,” stand-alone legislation that would codify DACA without any other reforms. That’s an understandable posture, both in terms of policy and politics. But as predicted, leading Democrats are already demanding that DREAMers be extended formalized amnesty without any other strings attached, including provisions requiring the federal government to enhance its immigration border enforcement capabilities. When I tweeted Lee’s statement, former Clinton campaign communications director Jennifer Palmieri slapped it down:

This is the sort of rhetoric that Republicans are going to run up against from the Left.  Liberals will frame their arguments in moral terms, claiming that anything short of exactly what they want is tantamount to heartlessness on parade.  Some GOP members may be inclined to give Democrats the simple bill they want, but most conservatives will not countenance a DREAM Act fix that doesn’t include any enforcement elements.  As for the “pawns” argument, isn’t that how Democrats have treated DREAMers for years?  Using them as a wedge issue to be highlighted when convenient, or temporarily “helped” in an election year?  Speaking of Democrats, out of curiosity, how do Joe Manchin, Heidi Heitkamp, Joe Donnelly, Jon Tester and Claire McCaskill feel about all of this?  Are those red state Democrats willing to sink a bill that would permanently protect DREAMers because the rest of their party refuses to simultaneously approve additional border protection or universal e-verify?  Would Senate Democrats filibuster such legislation — “holding hostage” (to borrow one of their favorite demagogic terms) the hopes and dreams of DACA recipients?

As I’ve already opined, this solution should be a win-win layup for both parties, but early indicators (including Palmieri’s broadside) suggest that our broken, zero sum, tribalistic, signaling-heavy politics may unravel any hope of a compromise.  I’ll leave you with a few reminders for Ms. Palmieri about her former boss.  As a Senator, Hillary Clinton voted in favor of a border fence “to prevent illegal immigrants from coming in,” as she put it in 2015, adding, “I do think you have to control your borders.”  And let’s not forget Mrs. Clinton’s assertion on a New York City radio show in 2003 that she was “adamantly against illegal immigrants:” 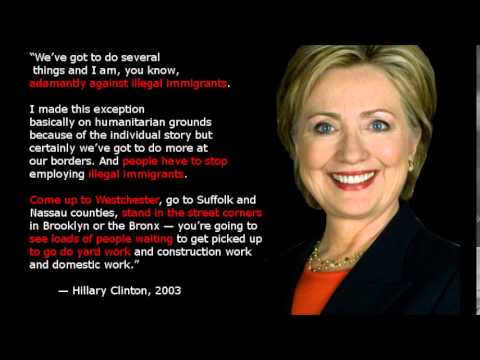