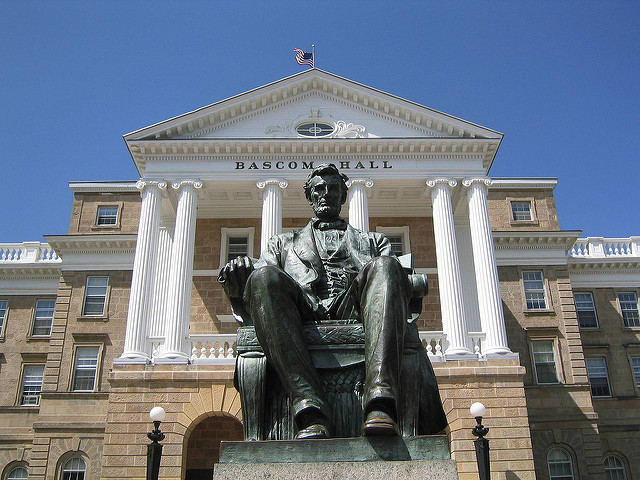 The University of Wisconsin-Madison chancellor has shot down a student government request that a plaque be placed near an on-campus statue of Abraham Lincoln describing what they see as the president’s culpability in massacres of Native Americans.

Chancellor Rebecca Blank said she was not open to making the Associated Students of Madison’s desired change to the statute that has sat at the heart of the campus for over a century, student paper the Daily Cardinal reported.

Students have maintained that they want to see acknowledgement of Lincoln’s role in the December 1862 execution of Sioux prisoners who had been convicted of murder and rape by military tribunals. More than 260 men had been charged, but Lincoln commuted the death sentence of all but 38.

Those executed were found guilty of crimes committed during a six-week period of violence earlier that year between natives and white settlers in Minnesota. At least some of those killed are believed to have been innocent.

“I think that the history is irrefutable. It is clear that he played a huge role in the massacre and was killing innocent people for no reason,” said Morrison.

“They don’t acknowledge the impact that it is having on their students, and I’m impacted by [the statue] every day,” Skenandore said. “I think the plaque is the least the university can do.”

She said her group would continue to push for the change.

She noted Lincoln’s personal involvement in reviewing the tribunals’ decisions, and the president’s response to a Republican leader who complained that more executions could have meant stronger electoral math for their party, in which he said, “I could not afford to hang men for votes.”

Blank explained that the Lincoln statute was an important daily reminder of the president’s role in advancing public higher education.