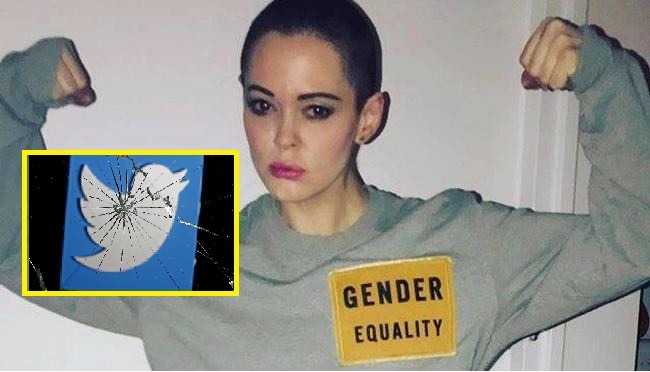 There is a massive movement on Twitter encouraging women to boycott the social media platform.

Personally, I’m all in on the “WomenBoycottTwitter” movement. It’s a great opportunity to identify the whiniest losers on the platform, and for once not have to accidentally consume their garbage via retweets on my timelines.

Lets take a look at all the people we won’t be missing today.

Ladies. Let's do this. #WomenBoycottTwitter. Not because of hate but because I love this platform and know it can be better.

Ok ok Jesus, let me clear this up. #WomenBoycottTwitter will not silence us, but @Twitter will make much less $$ b/c of fewer clicks. I’m in pic.twitter.com/LPEbKJwpgM

Y'all know I know I'm addicted to this site. I will be joining the boycott. #WomenBoycottTwitter https://t.co/4YMrxneb0C

Proudly joining #WomenBoycottTwitter for the next 24 hours even though Instagram doesn't properly capture my tone.

Tomorrow. And maybe even forever. #WomenBoycottTwitter

Tomorrow (Friday the 13th) will be the first day in over 10 years that I won’t tweet. Join me. #WomenBoycottTwitter pic.twitter.com/xoEt5Bwj5s

What will I do with my life today now that I can’t get the opinions of Joss Whedon, Alyssa Milano, Kathy Griffin and Chrissy Teigen? If you asked me to envision what a place without all these schmucks would look like, I’d probably say something along the lines of Heaven.

This is like when you’re throwing a massive party, everybody is having a great time, most of the people are really funny but a small group of really annoying women are threatening to leave if they don’t get their way. Nobody is going to stop them. The door is unlocked and they’re free to leave whenever.

We had a great night of football yesterday, only a couple hours until we can crack some beers for the weekend and now the biggest mouths on Twitter are voluntarily leaving. I’m almost getting tired of all this winning.