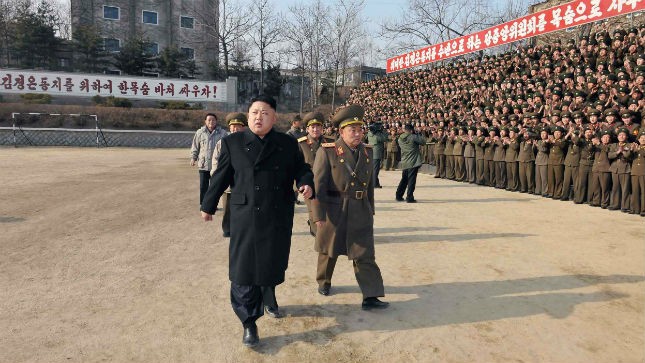 President Trump is faced with one of the most challenging foreign policy questions in a generation: Should the U.S. go to war with North Korea? Such a decision may not have been necessary had the previous administration taken the Hermit Kingdom more seriously. A FOX News report reveals the Obama White House downplayed North Korea’s nuclear missile program back in 2013. Was this done to avoid taking on North Korea?

Tuesday’s bombshell Washington Post story that the Defense Intelligence Agency (DIA) has determined North Korea is capable of constructing miniaturized nuclear weapons that could be used as warheads for missiles – possibly ICBMs – left out a crucial fact: DIA actually concluded this in 2013.  The Post also failed to mention that the Obama administration tried to downplay and discredit this report at the time.

During an April 11, 2013, House Armed Services Committee hearing, Congressman Doug Lamborn, R-Colo., inadvertently revealed several unclassified sentences from a DIA report that said DIA had determined with “moderate confidence” that North Korea has the capability to make a nuclear weapon small enough to be launched with a ballistic missile.

The Director of National Intelligence and Obama officials subsequently tried to dismiss Lamborn’s disclosure by claiming the DIA assessment was an outlier that did not reflect the views of the rest of the U.S. Intelligence Community.

It was clear what Obama officials were doing in 2013.  The DIA report represented inconvenient facts that threatened President Obama’s North Korea “strategic patience” policy — a policy to do nothing about North Korea and kick this problem down the road to the next president. Obama officials tried to downplay the DIA assessment to prevent it from being used to force the president to employ a more assertive North Korea policy.

On Wednesday, Defense Secretary James Mattis used dramatic language when warning North Korea, insisting that they face utter devastation if they do not end their pursuit of nuclear weaponry.

The statement from Mattis reflects his commitment to President Trump and the demise of aggressor nations like the DPRK. Mattis commented that North Korea, “must choose to stop isolating itself and stand down its pursuit of nuclear weapons.”

“The DPRK should cease any consideration of actions that would lead to the end of its regime and the destruction of its people,” he added, as conflict with the West would surely end in devastation for the people of the DPRK.

Secretary of State Rex Tillerson spoke to reporters Wednesday stating that the President was looking to send Kim Jong Un a “strong message” and that the United States was prepared to defend itself and its allies.

Mattis, however, was even more blunt and direct with his language, sounding off in a manner similar to President Trump’s. “While our State Department is making every effort to resolve this global threat through diplomatic means, it must be noted that the combined allied militaries now possess the most precise, rehearsed and robust defensive and offensive capabilities on Earth.”

Mattis’s full statement can be read below from the Hill:

“The United States and our allies have the demonstrated capabilities and unquestionable commitment to defend ourselves from an attack. Kim Jong Un should take heed of the United Nations Security Council’s unified voice, and statements from governments the world over, who agree the DPRK poses a threat to global security and stability. The DPRK must choose to stop isolating itself and stand down its pursuit of nuclear weapons. The DPRK should cease any consideration of actions that would lead to the end of its regime and the destruction of its people.

“President Trump was informed of the growing threat last December and on taking office his first orders to me emphasized the readiness of our ballistic missile defense and nuclear deterrent forces. While our State Department is making every effort to resolve this global threat through diplomatic means, it must be noted that the combined allied militaries now possess the most precise, rehearsed and robust defensive and offensive capabilities on Earth. The DPRK regime’s actions will continue to be grossly overmatched by ours and would lose any arms race or conflict it initiates.”