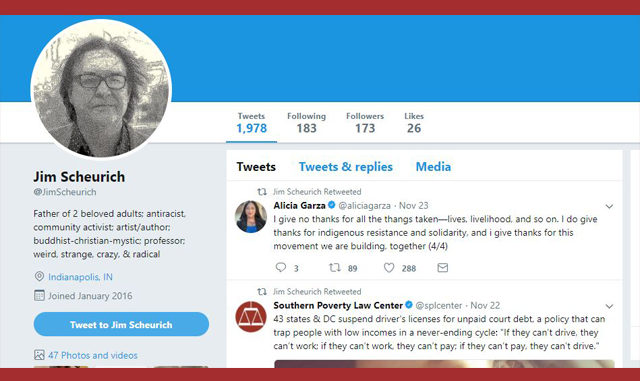 Eleven professors of education from various universities around the country recently signed a letter, published in the latest issue of the International Journal of Qualitative Studies in Education, declaring right wing speech as “violent.”

“We commit to standing against violence directed at these targeted scholars and speaking out against the attempts to censor critical work that addresses systemic inequities and power imbalances in education and society,” the letter said. There are no examples of physical violence against professors provided in the letter, but the letter itself suggests that somehow rightwing speech is equivalent to violence.

“[A]s senior scholars, we are pledging to actively support and protect critical scholars in colleges and universities across the US. Further, we challenge those rightwing organizations—instead of focusing on mostly untenured junior scholars, the most vulnerable among us—to focus your fervor on us,” the professors said.

The professors refer specifically to organizations like Campus Reform and The College Fix, who report on extreme leftism on college campuses.

“The attack on critical scholars within US universities has greatly accelerated with the election, statements, and actions of Donald Trump,” the professors wrote. “[T]those of us who are senior scholars doing critical work and authoring articles in this special issue are strongly committed to providing our support to critical scholars under attack by Trump-inspired rightwing individuals and groups.”

The lead author of the letter is professor James Scheurich, a professor in the Urban Education Studies doctoral program at Indiana University – Purdue University of Indianapolis, commonly known as IUPUI. Professors at the University of Texas at Austin, New York University, and Ohio State University also signed the letter.

According to Scheurich’s website he is dedicated to supporting the creation of schools that deliver high-quality student groups, especially those groups that have historically not been well served by public schooling.

Groups that have been underserved, according to Scheurich’s page, include African American students, Latino students, students from low income families, student from families that do not speak English at home, students from other cultures, students with disabilities, girls in math and science, lesbian/gay/bi/transgender students, or any other group not receiving the benefits of a high quality education.