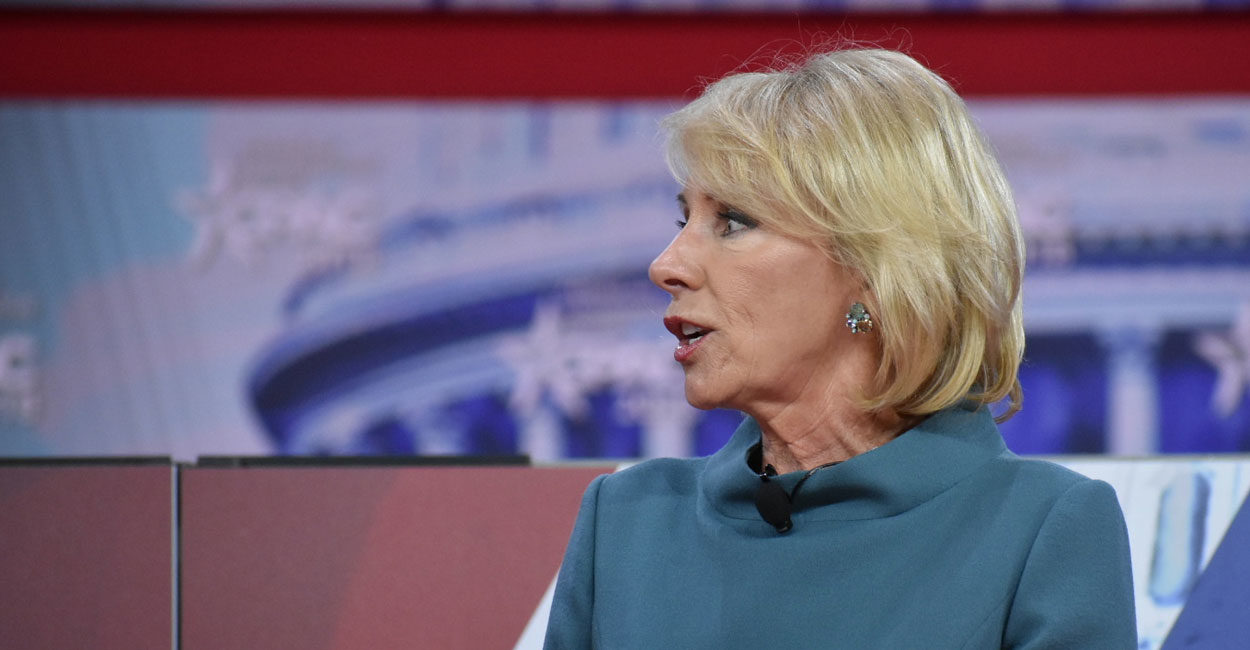 Education Secretary Betsy DeVos is calling on Americans to embrace a vision of “education freedom” that empowers students and parents with a “multitude of pathways” toward new opportunities.

DeVos, speaking during a question-and-answer session Thursday at the Conservative Political Action Conference, said one such pathway would be educational savings accounts to benefit military families who don’t want to send their children to failing public schools.

“For too many decades,” Americans have had a “singular focus on going to a four-year college or university,” DeVos said during the exchange with Kay Coles James, president of The Heritage Foundation. “But there is a multitude of pathways [with] many opportunities beyond high school.”

James asked DeVos a series of questions during a wide-ranging discussion at CPAC that touched on the Trump administration’s policy goals, the prospects for school choice, options for military families, and the status of First Amendment freedoms in educational settings.

President Donald Trump has been “very eloquent” in helping students to understand at a young age that they can pursue many avenues as alternatives to a four-year college, DeVos said.

About 6 million jobs remain unfilled across America, she told the CPAC audience, because of “a mismatch in skills.”

James asked DeVos to comment on the high-profile assaults on “freedom of expression” in public schools and institutions of higher education. The Heritage Foundation president also made the point that the left’s affinity for “diversity” does not extend to other opinions and ideas.

In response, DeVos said that when she was in college it was a place where she could “entertain new thoughts and ideas,” but she now sees the process “controlled” to the point that students cannot speak freely.

School choice figured prominently in the discussion. Although the “wealthy and well-connected” benefit from school choice, including private schools, the same is not true for many low-income families and average Americans, James said.