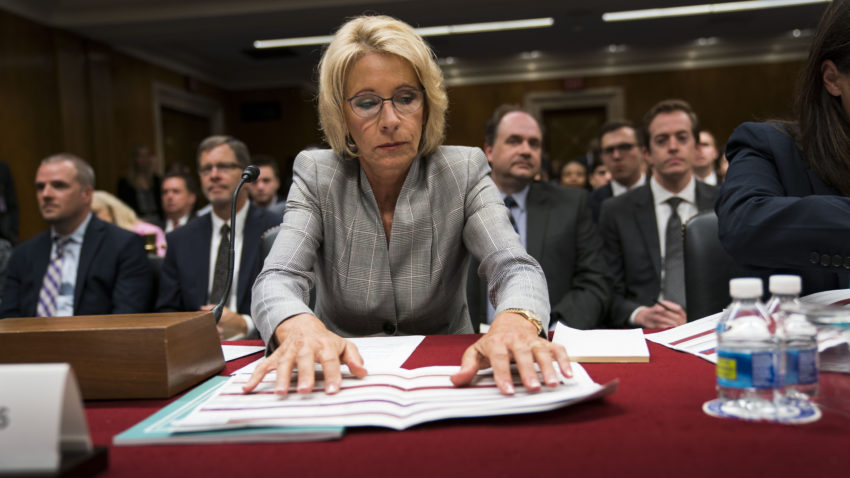 Eighteen states, plus the District of Columbia, are suing Secretary of Education Betsy DeVos over a delay in implementing new student loan protections. The suit was filed on Thursday. These protections are primarily aimed at people who are enrolled in for-profit colleges and universities. The regulations were due to go into effect on July 1, but have been delayed by DeVos.

The 18 states, plus D.C., have Democratic attorneys general.

The protections make it easier for a person who was defrauded by an institution to have their loans forgiven. Additionally, the protections prohibited colleges from requiring that students resolve complaints through an arbitration process.

DeVos delayed these new regulations in mid-June. In response, she was accused of being on the side of “predatory” for-profit educational institutions, rather than the students who were “ripped off” with the “worthless” degree programs.

It is unknown if these protections will ever go into effect.