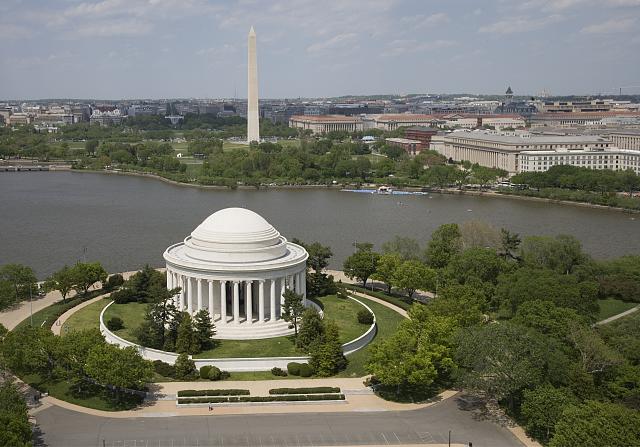 Almost nine out of ten Americans oppose the progressive demand for the erasure of George Washington’s and Thomas Jefferson’s statues and names from public places, says a poll from Rasmussen Reports.

Ninety percent of the 1,000 likely voters in the August 17 to August 20 poll opposed the removal of Washington or Jefferson from the Mount Rushmore monument as they were asked: “Two of the four presidents honored on Mount Rushmore were slave owners. Should that monument be closed or changed?”

When asked “Should George Washington’s and Thomas Jefferson’s names be removed from public places and statues in their honor taken down?” 88 percent said the monuments should be conserved, and only 7 percent said they should be erased.

Twenty-six percent of all respondents said the removal would have no impact and 7 percent said they were not sure of the impact.

The poll did not directly ask about the progressives’ broader push to erase the public’s mostly favorable memories of Jefferson, Washington, Teddy Roosevelt, and other major white figures in American history. That broader push is tied to a political demand for the end of “white supremacy,” which is defined by the left as any collective civic, social, historical, financial or political imbalance between all white people and all non-white people, regardless of individuals’ circumstances or accomplishments.

However, the Rasmussen poll did ask: “Is it better to erase the wrongs of the past or try to learn from them?”

Ninety-four percent of Americans said it was better to learn from a flawed past, while only four percent support a policy to “erase the wrongs of the past.”

The poll also asked respondents if they are “sad to see the history and culture of our great country being ripped apart with the removal of our beautiful statues and monuments?”

Fifty percent agreed they were “sad,” and 37 percent disagreed when asked if they are sad.

That “disagree” number is a minority in most subgroups, but it includes 54 percent of Democrats, 64 percent of liberals and 66 percent of people who earn more than $200,000 per year.  The “disagree” group likely includes many progressives who say the country will gain from the removal of the monuments and plaques to significant people in American history.