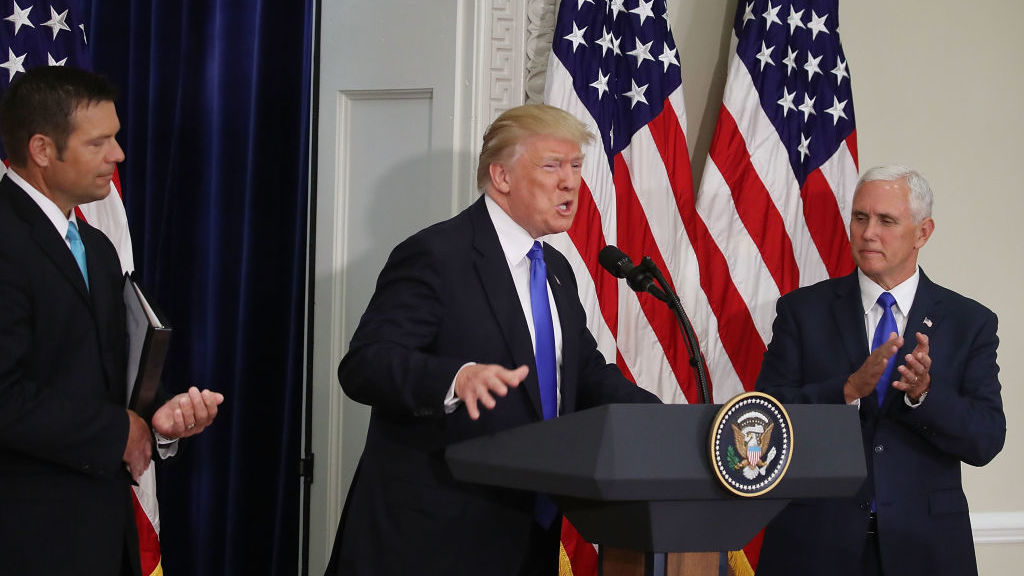 On Wednesday, President Trump’s bipartisan Commission on Election Integrity, led by Vice President Mike Pence, assembled for the first time. The commission’s responsibility was to investigate possible election fraud and other election related criminal behavior. Despite the importance of this commission, ABC and NBC failed to give the commission any time at all during their evening broadcasts. CBS was the only network in the Big Three to mention it, but they were skeptical and mislead on its intentions.

“While Congress and the Special Counsel are investigating Russian election hacking, President Trump has set up a panel to investigate election fraud with little evidence there is any,” announced Anchor Anthony Mason during CBS Evening News.

Reporter Chip Reid wasted no time in trying to tear down the commission by equating it to a ploy designed to beef up the President’s ego. “Critics say the President created this commission in a desperate effort to prove that he did win the popular vote,” he chided. “Today Vice President Mike Pence, who is heading the commission, tried to quash that idea.”

“Numerous studies have found that voter fraud in U.S. elections is extremely rare, and today some of the five Democrats on the 12-member panel agreed,” Reid argued, before playing a clip of one Democratic judge from one Alabama county. “In my 16.5 years in the Jefferson County probate judge position, that I have not seen evidence of voter fraud in Jefferson County,” Judge Alan King explained to his colleagues.

But that’s not entirely accurate, according to Hans von Spakosky, a former member of the Federal Election Commission, a member of the conservative Heritage Foundation. “We are up to almost 1,100 proven cases of voter fraud,” he told the rest of the commission during the first session.

“Democratic critics of the commission say it’s all but ignoring two crucial issues, first, suppression of the minority vote,” Reid said, to wrap up his report. But he was clearly just repeating back Democratic talking points because what he didn’t mention was that Trump requested that they go after voter suppression as well.

In a speech to the commission, Trump told them: “Any form of illegal or fraudulent voting whether by noncitizens or the deceased, and any form of voter suppression or intimidation must be stopped.”

Fox News Channel’s Special Report also dedicated a segment to the bipartisan Commission on Election Integrity. Correspondent Doug McKelway noted both the opposition to the commission and the findings of Spakosky.

ABC and NBC may not agree with the necessity of the commission, but it was clearly important since CBS thought it was worth the solid two minutes they gave it. CBS’s omission of Trump’s statement against voter suppression and the findings of apparent voter fraud does little to lend them credibility.