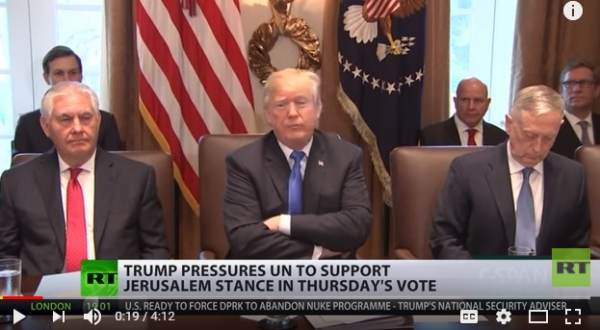 President Donald Trump threatened the countries who vote against the United States on Jerusalem on Thursday.

U.S. President Donald Trump on Wednesday threatened to cut off financial aid to countries that vote in favor of a draft United Nations resolution calling for the United States to withdraw its decision to recognize Jerusalem as Israel’s capital.