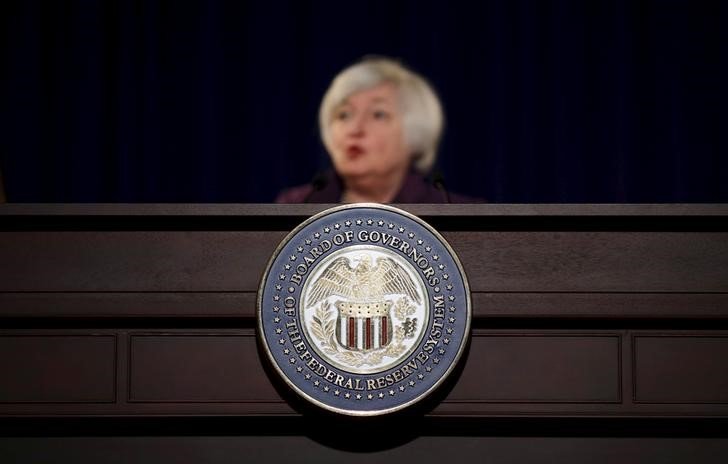 News that rocked the retail world last week is coming at just the wrong time for U.S. central bankers already puzzling over why inflation is conspicuously absent.

When online retail giant Amazon.com Inc. announced last Friday that it would purchase Whole Foods Market Inc., a plunge in retail and grocery stocks reinforced the disinflationary tone set by three straight months of disappointing data on consumer prices. It’s an example of the technological forces that are increasing competition and further limiting companies’ ability to pass on higher wage costs to customers.

“That normally indicates that somebody thinks that they are not going to be earning as much as they were,” Federal Reserve Bank of Chicago President Charles Evans said of the market reaction to the deal while speaking with reporters Monday evening after a speech in New York.

“For me, it just seems like technology keeps moving, it’s disruptive, and it’s showing up in places where — probably nobody thought too much three years ago about Amazon merging with Whole Foods,” he said.

Evans, a voter on the Federal Open Market Committee this year who supported its decision to raise interest rates last week, says he is less confident than most of his colleagues that inflation will soon rise to their 2 percent target.

A big reason for his ambivalence: Deflationary competitive pressures could have become more important for the overall trend in prices than the so-called Phillips Curve relationship, which links inflation to the state of the labor market. That model, coined almost 60 years ago, is the basis for the Fed’s outlook for continued gradual rate increases.

In order for it to work, though, businesses need to be able to raise prices to offset increases in labor costs as unemployment falls and available workers become more scarce. But a stumble in corporate profit margins suggests companies are struggling to raise prices.

“That’s one of the things that makes me nervous, that I think there’s something possibly going on, some secular trend, that isn’t just a U.S. story,” Evans said.

“We know that technology is disruptive. It’s changing a number of business models that used to be very successful, and you have to wonder if certain economic actors can continue to maintain their price margins, or if they are under threat from additional competition,” he said. “And that could be an undercurrent for holding back inflation.”

Every indication from FOMC leadership is that continued tightening in the labor market will lead to higher inflation, despite the recent wobbles in the inflation data, which Fed Chair Janet Yellen called “noisy” in a press conference following last week’s meeting.

“We think if the labor market continues to tighten, wages will gradually pick up, and with that, we’ll see inflation get back to 2 percent,” William Dudley, who as New York Fed president is also vice chairman of the FOMC, said Monday in Plattsburgh, New York.

Such remarks reinforce expectations that policy makers will hike again before the end of the year, as signaled by their latest forecasts for interest rates.

Evans isn’t ready to abandon that logic yet, either, but he does sound more skeptical.

“I can’t say that the Phillips Curve isn’t going to lead to higher inflation, but I worry that it’s very flat and it’s not going to,” he told reporters Monday. “It’s still very early in this process.”

The Chicago Fed chief is not alone in thinking about the impact of disruptive technologies on prices. Dallas Fed President Robert Kaplan — another FOMC voter this year — describes such forces, and the uncertainty they generate, as currently the most intense he’s ever seen.

Ultimately, if the unemployment rate continues to fall and inflation doesn’t respond, the Phillips Curve may fall further out of favor as a guide to inflation dynamics, and by extension, interest-rate policy, as Evans hinted at Tuesday in a follow-up interview on CNBC.

“If that’s the case — and I think that’s just speculative at this point — then it means we need even more accommodation to get inflation up,” he said.