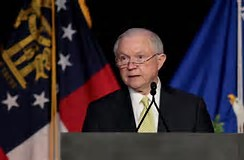 Attorney General Jeff Sessions will testify at a public hearing of the Senate intelligence committee Tuesday afternoon, the committee said in a statement.

This will be the first time Sessions has testified in Congress since he recused himself from the Justice Department’s probe into Russian meddling in last year’s election and the firing of FBI Director James Comey.

Questions have arisen about Sessions’ own involvement in the Trump campaign and his meetings with Sergey Kislyak, the Russian ambassador to the US.

Pressure mounted at the start of the week following reports that Sessions offered his resignation to Trump because the President blamed Sessions for exacerbating his Russia problems by recusing himself from the probe.

“(Sessions) believes it is important for the American people to hear the truth directly from him and looks forward to answering the committee’s questions tomorrow,” a Justice Department spokesperson said.

As late as Sunday, the Justice Department signaled it expected Sessions testimony to be closed but said the final decision was up to the committee.

But behind the scenes, there was significant pushback from Democrats — including Senate Intelligence Committee vice chairman Mark Warner — who raised objections with Senate Intelligence Chairman Richard Burr that Sessions may be trying to skirt public scrutiny. Discussions between the members continued through Sunday and into Monday morning, two sources said.

Sessions is testifying publicly about Russia. That’s very smart.
The Justice Department ultimately agreed to a Tuesday public hearing in an attempt to show there’s nothing to hide and nothing controversial about Sessions’ interactions with Russian officials, officials said.

The White House on Monday suggested Sessions could invoke executive privilege during his testimony depending on “the scope of the questions.”

“It depends on the scope of the questions,” White House press secretary Sean Spicer said when asked whether Sessions would invoke executive privilege. “To get into a hypothetical at this point would be premature.”

Senate Majority Whip John Cornyn, an intelligence committee member, said senators were still deciding whether Sessions would be asked to testify in a classified briefing after the public hearing.

The Texas Republican said that he was confident Sessions will put an end to the “myths” surrounding recent reports, with his testimony.

“I know him to be an honorable man, and I think this is just a chance for him to put all that to rest,” Cornyn said.

Comey told the intelligence committee in a closed session that Sessions may have had a third, undisclosed interaction with Russia’s ambassador to the US, according to people familiar with the briefing.

“In light of reports regarding Mr. Comey’s testimony before the Senate Select Committee on Intelligence, it is important that I have an opportunity to address these matters in the appropriate forum,” Sessions wrote over the weekend.

But intelligence committee members at first were unaware of a planned hearing.