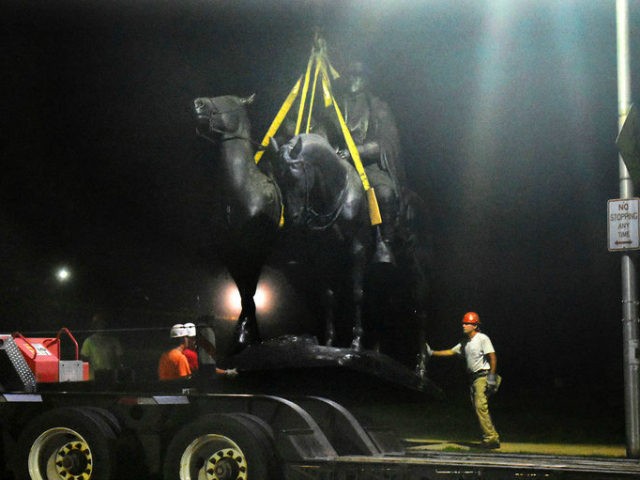 In a stealth purging of history, the city of Baltimore removed four Confederate statues from city property under cover of night early Tuesday morning.

City crews began the destruction of the monuments just before midnight and finished by 5:30 a.m., the Hill reported.

The city council quietly approved the removal late on Monday in a unanimous vote.

“It’s done,” Baltimore Mayor Catherine Pugh told the Baltimore Sun. “They needed to come down. My concern is for the safety and security of our people. We moved as quickly as we could.”

“I did not want to endanger people in my own city,” the African American mayor said. “I had begun discussions with contractors and so forth about how long it would take to remove them. I am a responsible person, so we moved as quickly as we could. ”

Also eliminated in the middle of the night were monuments to Confederate soldiers and sailors and the Confederate Women’s monument.

Baltimore is far from the only city looking to whitewash its Confederate history in the face of violent Antifa protests. Cities in Virginia and Kentucky are also in the throes of decisions on removing Confederate monuments and statues, and several months ago, New Orleans removed four statues.