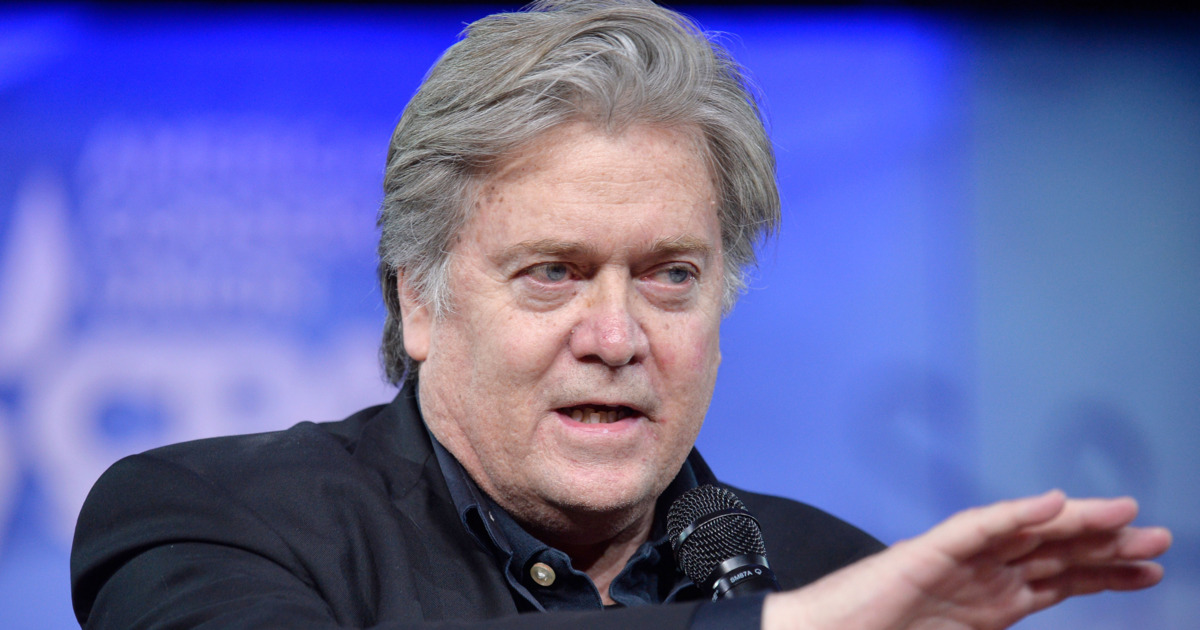 President Donald Trump’s chief strategist “can’t get enough” of the left engaging in “race-identity politics” because he says it is a fight Trump will win.

Steve Bannon discussed Trump’s response to the violence over the weekend in Charlottesville, Va., and the political unrest that has followed in a New York Times interview published Wednesday.

“President Trump, by asking, ‘Where does this all end’ — Washington, Jefferson, Lincoln — connects with the American people about their history, culture, and traditions,” Bannon said.

“The race-identity politics of the left wants to say it’s all racist,” Bannon continued. “Just give me more. Tear down more statues. Say the revolution is coming. I can’t get enough of it.”

Bannon was referencing a statement Trump made on the Charlottesville violence during a press conference at Trump Tower on Tuesday.

“Many of those people were there to protest the taking down of the statue of Robert E. Lee,” Trump said. “So this week, it is Robert E. Lee. I noticed that Stonewall Jackson is coming down. I wonder, is it George Washington next week? And is it Thomas Jefferson the week after? You know, you really do have to ask yourself, where does it stop?”

Bannon said that Trump would win a fight with Democrats if they try to attack him as a bigot in a battle over Confederate monuments.

Trump doubled down Tuesday on his initial statement on Charlottesville over the weekend, after receiving backlash for not directly condemning white supremacists and neo-Nazis.

Bannon’s comments to the Times echo statements he gave in a provocative interview with the American Prospect, which was also published Wednesday.

“The Democrats,” he said, “the longer they talk about identity politics, I got ’em. I want them to talk about racism every day. If the left is focused on race and identity, and we go with economic nationalism, we can crush the Democrats.”