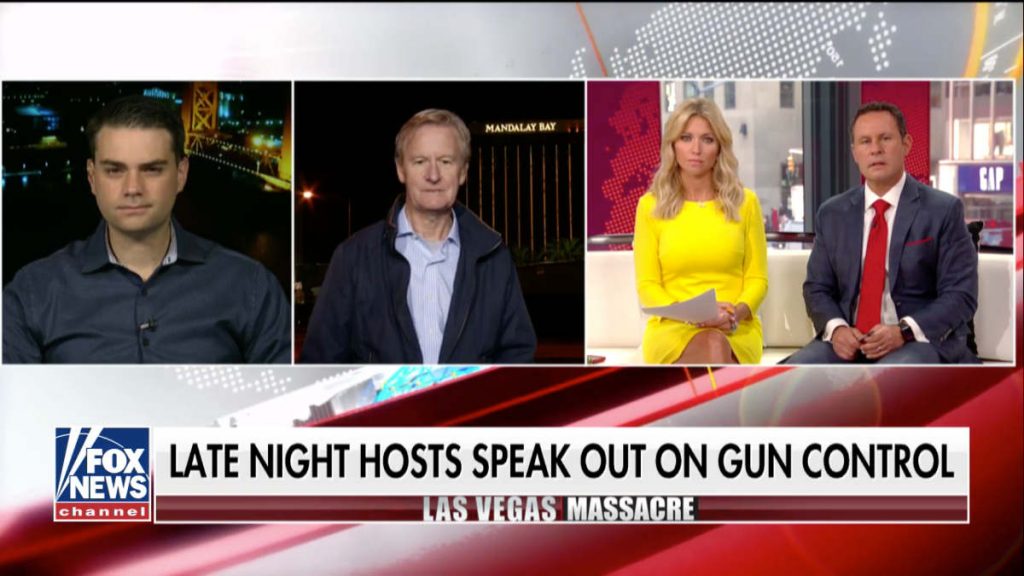 “I’m not sure there’s any evidence that gun control would’ve done anything,” Shapiro said on Fox & Friends Wednesday morning, explaining why gun control wouldn’t have prevented the Las Vegas massacre.

“All this seems like is people shouting, ‘Do something!’ while they have no particular solutions and no expertise on guns or gun control. I mean, the suggestion that gun control is going to put an end to incidents like this, again that is an evidence-less proposition based on nothing but emotional response.”

“Nothing that the late-night hosts are saying has any sort of relationship to reality,” Shapiro said.

“When they say things like ‘a little bit of commonsense gun control would stop all of this’ — that’s just a chimera. It’s not true. They’re making things up because this all about the moral disapproval of people who own guns,” he continued.

“That’s what drips from a lot of these folks, is this idea that if you oppose them on policy it’s because you don’t care enough about what happened in Las Vegas. And that’s quite disgusting.”