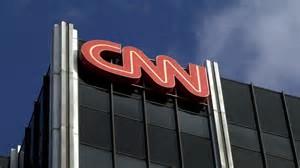 Once again, the least trusted name in news is doing its best to fight for the shoddy liberal agenda.

After 17 were killed in the Florida school shooting, CNN is pushing “gun control” on their uninformed audience.

Who could ever forget Malaysia Airlines Flight 370 and the 24/7 coverage that fueled CNN for months?