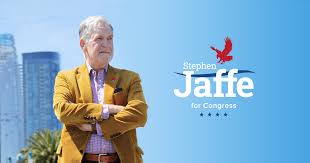 “California Democratic Party has what’s called an automatic endorsement, which means when somebody is an incumbent chooses to run again for the same seat they will be automatically endorsed by the party no matter how badly or poorly they may have done in the term, just proceeded,” Jaffe told The Young Turks’ Cenk Uygur.