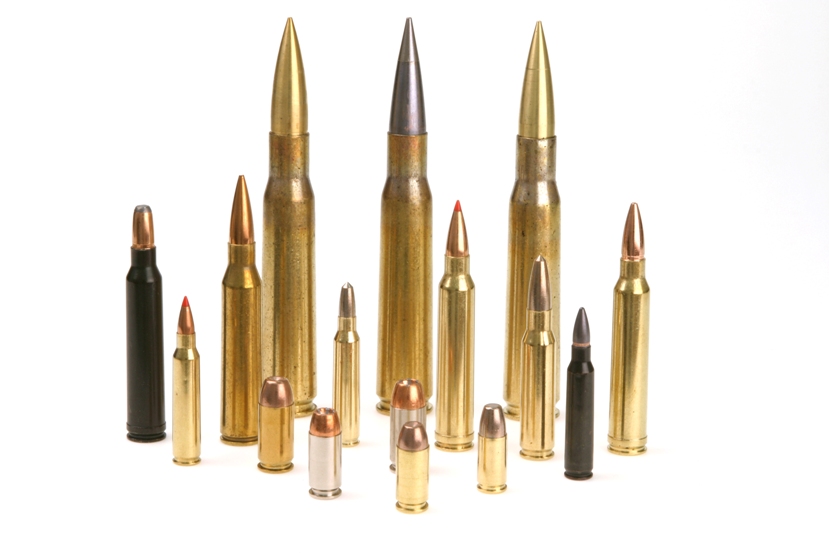 The United Nations will have a busy year in 2018 on the firearms front. That’s not good news for anyone in the U.S. who buys firearms. When it comes to the U.N. and guns, the best form of action is always inaction.

Worse, manufacturers and importers at this year’s SHOT Show—the Shooting, Hunting, and Outdoor Trade Show, organized by the National Shooting Sports Foundation, the trade association for the firearms industry, which ran from Jan. 23 to 26—believe they’re starting to see the results of past U.N. anti-gun efforts.

Bottom line: there are more problems for U.S. gun importers, while China gets a free pass on a critical issue.

The first headline event for the U.N. in 2018 will be, in June, a Review Conference of the Programme of Action to Prevent, Combat and Eradicate the Illicit Trade in Small Arms and Light Weapons in All Its Aspects. The programme is usually (and mercifully) known as the PoA.

Then, in August, will come the annual Conference of States Parties to the Arms Trade Treaty, the 2013 ATT, which nominally requires nations to impose new controls on international shipments of arms.

The biennial report of the U.N. secretary-general on small arms and light weapons, issued in December, leaves little doubt about activists’ priority for 2018: to have ammunition included in the PoA, even though ammunition already has its own instrument, the harmless International Ammunition Technical Guidelines.

The impracticality of focusing on a consumable commodity like ammunition, of which tens of billions of rounds are produced annually, will not deter the activists.

The PoA is also likely to return to an obsession with marking and tracing modular firearms—such as the AR type of firearm popular in the U.S.—and with polymer (i.e. plastic) and 3-D printed firearms. These are, at best, niche issues, if they are issues at all.

What the PoA is guaranteed not to do is to eliminate the exemption that allows China to leave its firearms unmarked in any meaningful way, thereby making them nearly impossible to trace.

Getting rid of the Chinese exemption would be a genuinely useful step, but the PoA is not about doing useful things. The best the U.S. can do, therefore, is to try and ensure that the PoA does nothing at all. The U.S. certainly cannot agree to any obligation to do the impossible by tracing every bullet it produces.

The Arms Trade Treaty conference in August, fortunately, should be less fraught. The treaty is now, on its own terms, an obvious failure—nations are not paying their dues or filing required reports. The only thing left for the U.S. to do is for President Donald Trump to “unsign” it, and leave those nations that wish to keep on pretending to take it seriously to pay for their meetings on their own.

But just because the Arms Trade Treaty is accomplishing nothing useful doesn’t mean the U.N.’s efforts are having no impact on the U.S. The most disturbing thing I learned at the SHOT Show was that U.S. importers were having increasing difficulties—which they linked directly to the United Nations.

One firm that relies on imports of parts from India found that New Delhi—acting under the guidance of the International Small Arms Control Standards, yet another mischievous U.N. initiative—had impounded an entire shipment worth millions of dollars, on the grounds that these parts had to be controlled under a technical definition that India did not understand and which those who did found close to meaningless.

Other nations will no longer ship arms to the U.S.—even to the U.S. government.

Another firm that imports firearms from southeastern Europe now has only one reliable route off the continent—from Slovenia to Austria to the German port of Hamburg. Many shipping firms departing from European ports will no longer take cargoes of arms—even when all export and transit licenses are in order—and even proper licenses do not always prevent cargoes from being seized en route. These problems began to appear after the Arms Trade Treaty, which requires controls on the transit of arms, entered into force.

Activists will no doubt celebrate these developments as victories. They should think again. As shipping by sea becomes harder, legitimate firms will be forced to turn to air freight—which offers an easier route for the unscrupulous.

If southeastern Europe does not sell its firearms to the U.S., those arms will find their way to conflicts in Africa or the Middle East.

And as it becomes harder to import parts and components, U.S. manufacturers will source domestically—as, indeed, they are already starting to do.

The fact is that the U.N.’s activities are inconveniencing only the legal trade and the most honest firms. Their effect on illicit trade is only to make smuggling more attractive.

That isn’t going to bother the activists, because while they complain about the illicit arms trade, they fundamentally regard all arms sales—domestic or international—as illegitimate, whether legal or not.

That’s just one more reason why the U.S. needs to be well-prepared to defend its interests during the U.N.’s busy year in firearms.