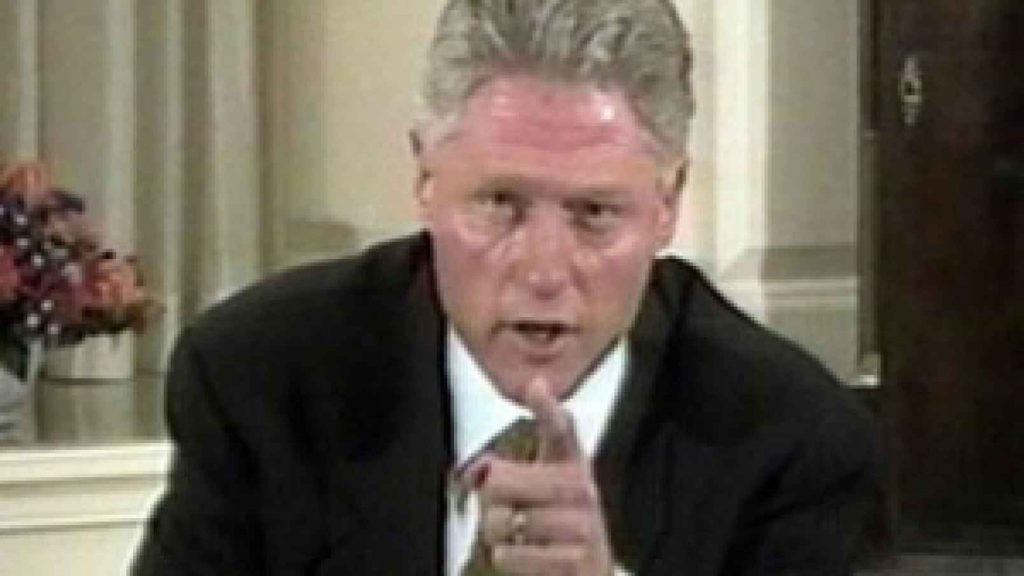 Recent allegations that President Trump referred to Haiti as a “sh*thole” is renewing interest in claims that the Clinton Foundation swindled money meant to rebuild the earthquake ravaged country in 2010.

Several readers recently wrote in to The Washington Post’s “Fact Checker” regarding allegations that the Clinton Foundation used its “resources” for Chelsea Clinton’s multi-million dollar wedding in 2010 to Marc Mevinsky, and to sustain her high-profile lifestyle.

The Post alleged there’s “no evidence” the claim is true, and Bill Clinton lashed out at the accusation on Twitter Saturday.

No Clinton Foundation funds—dedicated to Haiti or otherwise—were used to pay for Chelsea’s wedding. It’s not only untrue, it’s a personal insult to me, to Hillary, and to Chelsea and Marc.https://t.co/YEHqqYrsxW

“No Clinton Foundation funds – dedicated to Haiti or otherwise – were used to pay for Chelsea’s wedding,” the former president insisted. “It’s not only untrue, it’s a personal insult to me, to Hillary, and to Chelsea and Marc.”

Wikileaks, which first broke raised the issue in 2016, responded to Bill Clinton on Twitter to set the record straight.

The Wikileaks tweet linked to its original post from November 2016, when the transparency site published an email exchange between Band and Hillary Clinton’s campaign chairman, John Podesta. The allegation came amid others that claim the Clinton Foundation “charity” scammed money from recovery efforts in Haiti through the Clinton Global Initiative.

“The bush kid then told someone else who then told an operative within the Republican Party,” Band wrote. “I have heard more and more chatter of (Chelsea) and (Bari Laurie, Chelsea’s chief of staff) talking about lots of what is going on internally to people. Not smart.”

“You are perfecting your kids for understatement,” he wrote.

“I learned from the best,” Band emailed a few hours later. “The investigation into her getting paid for campaigning, using foundation resources for her wedding and life for a decade, taxes on money from her parents … 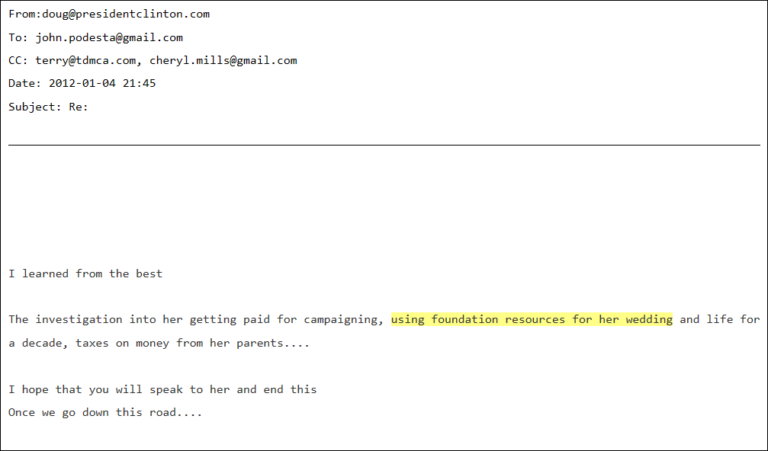 “I hope that you will speak to her and end this,” he continued. “Once we go down this road …”

Bryan Rafanelli, Chelsea Clinton’s wedding planner, told The Post he thinks revelations that the Clinton’s used their foundation to pay for their daughter’s wedding are “crazy,” though he did not deny it’s a possibility.

Rafanelli said he organized the wedding with help from Bill, Hillary, Chelsea, Mezvinsky, and Dorothy Rodham, Hillary Clinton’s mother. The group decided on vendors and location and guest seating, and he planned it out “like a military operation,” Rafanelli said.

“It’s one-stop shopping,” he told The Post. “You pay Rafanelli. We pay everyone else.”

CBS News estimates the wedding – one of the “most expensive weddings of all time” – cost a whopping $5 million.