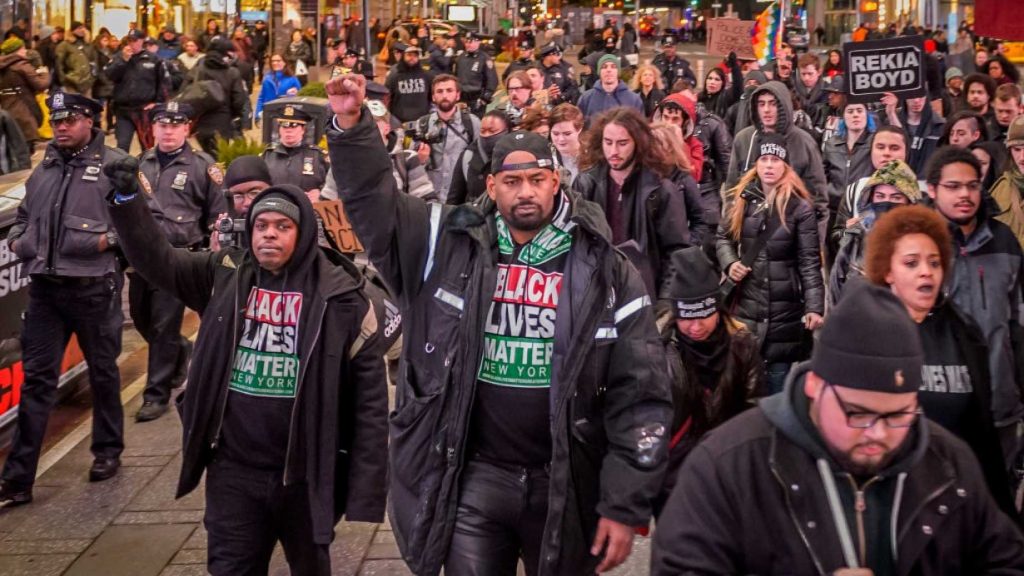 On Monday, banners were dropped by members of Black Lives Matter and Antifa during the Super Bowl LII’s media event warning that “#WeReadyWeComin.”

As the two large banners were dropped inside, hundreds of leftist protesters marched in the streets and blocked traffic surrounding the event at the Xcel Energy Center. Many of the demonstrators have formed an Antifa-aligned group calling themselves the  “Super Bowl Anti-Racist Anti-Corporate Coalition.”

According to their Facebook page, the group is planning to hold protests every day leading up to the main event. “Their plans will culminate on Sunday, February 4, with a 3pm rally at Peavey Park (Franklin & Chicago Ave), followed by a march to US Bank Stadium,” the page states.