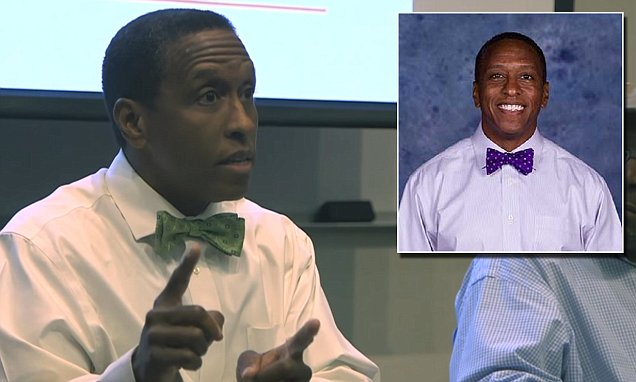 Officials at a for-profit Christian university in Phoenix, Arizona have suspended a theology professor for declaring that some Black Lives Matter protesters “frankly should be hung” at an event organized by the school.

The school is Grand Canyon University, reports The Arizona Republic.

The professor is Toby Jennings.

The Grand Canyon University-sponsored “Ministry Forum” at which Jennings stated that some people affiliated with Black Lives Matter “frankly should be hung” occurred almost a year ago — on Sept. 19, 2016.

The focus of the Sept. 16, 2016 “Ministry Forum” was the application of the Christian concept of justice in contemporary society. Jennings was one of four professors who spoke.

Approximately an hour into the forum, someone in the audience posed a question about Black Lives Matter.

Jennings, who is black, answered by saying that Black Lives Matter is “not a monolith.” Some Black Lives Matter members are “very gracious and discerning” and “very thoughtful,” the theology professor opined. Jennings then added that other people associated with Black Lives Matter are, in his view, “people on the opposite extreme of that that frankly should be hung.”

Some statements by some Black Lives Matter members are “not helpful to any way, shape or form of human dignity or flourishing,” Jennings continued. “That kind of rhetoric is not helpful to any conversation. And that’s what I mean by they should be hung.”

“The University wants to be clear that the professor’s rhetoric in no way reflects the heart of this University or its dedicated students, faculty and staff,” school officials said in a 1,799-word statement about the year-old remarks.

“I deeply and sincerely regret having communicated such ill-motivated rhetoric — particularly in light of our nation’s present rhetoric-saturated distress,” Jennings said. “While words, once spoken, can never be taken back, my hope is that my sincere apology for my own words can pave a more gracious path toward reconciliation.”

“Left unchecked, this sort of divisive rhetoric is a dangerous seed in the soil of impressionable mind,” the activists said, according to the Republic. “While Dr. Jennings may have been privately contrite, the loaded language of lynching has been part of the tapestry of the GCU culture.”

The College of Theology “did not escalate the matter to University executives,” they said.

“One terrible statement will not define this University or divert us from our dedicated commitment to our Christian values,” school officials said. “We will continue to pour ourselves into the diverse community surrounding our campus.”

Jennings has been silent on Twitter for about a month. His last tweet, on July 22, is a link to an article he wrote on Christian hospitality.