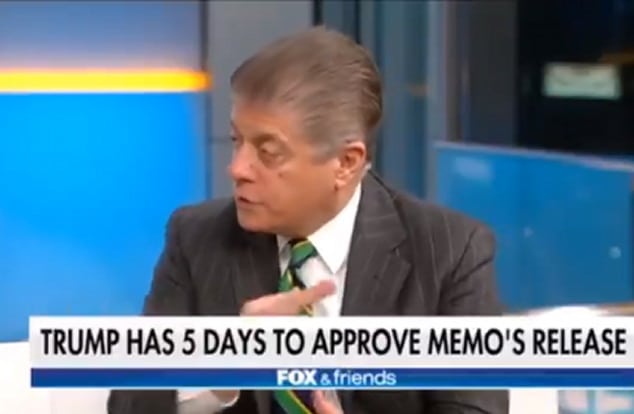 Democrats are now pushing their own memo as a counter to the memo released by Devin Nunes and Republicans last week. Judge Andrew Napolitano thinks Trump should release it and he has some very specific reasons why.

“I hope he releases it because it will show who’s spinning, who’s exaggerating,” Napolitano said on Fox & Friends Tuesday. “It will also show … raw intelligence. There’s everything in there.