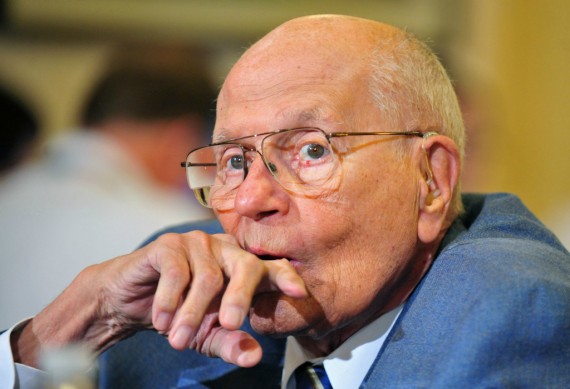 According to him, Republicans need to be locked up for releasing the FISA memo which shows vast corruption by the Democrat Party.

A former Democrat member of Congress is so outraged over the exposure of the criminal conspiracy to void the election and remove President Trump from office that he is crapping into his grampers.

91-year-old John Dingell who recently retired after a mere six decades in the House of Representatives is calling for the arrest of Rep. Devin Nunes, presumably all Republican members of Congress and of course, President Trump.