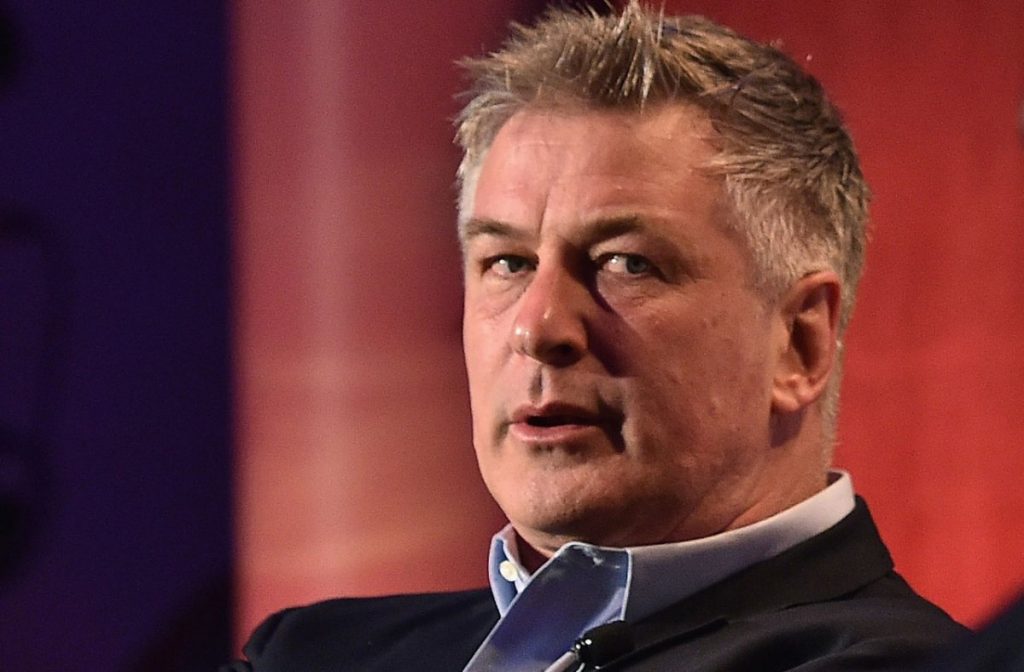 I hope nobody was taking a drink when they read that shocking headline or there could be many computer screens that need to be cleaned from the spit-takes. Yes, it’s true: Alec Baldwin is an asshole. Even worse, he’s an asshole to women, which in these Harvey Weinstein times is not a good thing at all. By his own admission, the actor says he has treated women badly and because he’s a world-class asshole used this to shame others for their treatment of women.

Baldwin received an honor from some liberal entertainment thing, but it’s not really that important. As part of his acceptance speech he said he has treated women like shit and then immediately pointed the finger at everyone else. The Hollywood Reporter brings us the details:

Baldwin made a point to discuss the current sexual misconduct allegations circulating in Hollywood. The actor admitted that he has been guilty of treating women poorly in the past.
“I certainly have treated women in a very sexist way. I’ve bullied women. I’ve overlooked women. I’ve underestimated women. Not as a rule. From time to time, I’ve done what a lot of men do, which is … when you don’t treat women the same way you treat men. You don’t. I’m from a generation where you really don’t and I’d like that to change. I really would like that to change,” said Baldwin.

Isn’t this the same guy who gives President Trump crap for being sexist every chance he gets? I guess things are only bad when a conservative does it. Or in the case of Trump, when the liberal media makes up stuff that he did.

The Emmy Award-winning actor said that the way individuals function in the workplace needs to change, not just in Hollywood but everywhere.
“I think it’s important for us to try to make the workplace and beyond not only comfortable and right and fair and appropriate but as productive, as well. I think a lot of what we’re dealing with within this issue is hurting our business. It’s making it less productive,” Baldwin said.

Wow, this guy really is a super-asshole. He’s not concerned that women are harassed and assaulted, just that the rape scandals ravaging his industry are making Hollywood look bad and hurting the bottom line.

And like the rest of the liberals in Hollywood, Baldwin knew what was going on and did nothing to stop it:

“I knew of certain things, that there were rumors of things happening to people, but I didn’t necessarily know the scope, when you hear the hundreds and hundreds of women who are complaining about this,” Baldwin said.

I figure one or two things are going on here: First, Baldwin is such a narcissist, it bothers him that people are paying so much attention to the Hollywood power players who are currently accused of sexual assault. It’s like he’s jumping up and down screaming, “Pay attention to me! I treat women badly too!” The other thing that could be happening is that Baldwin knows there are some sexual assault accusations coming his way and he is trying to get out in front of the stories.