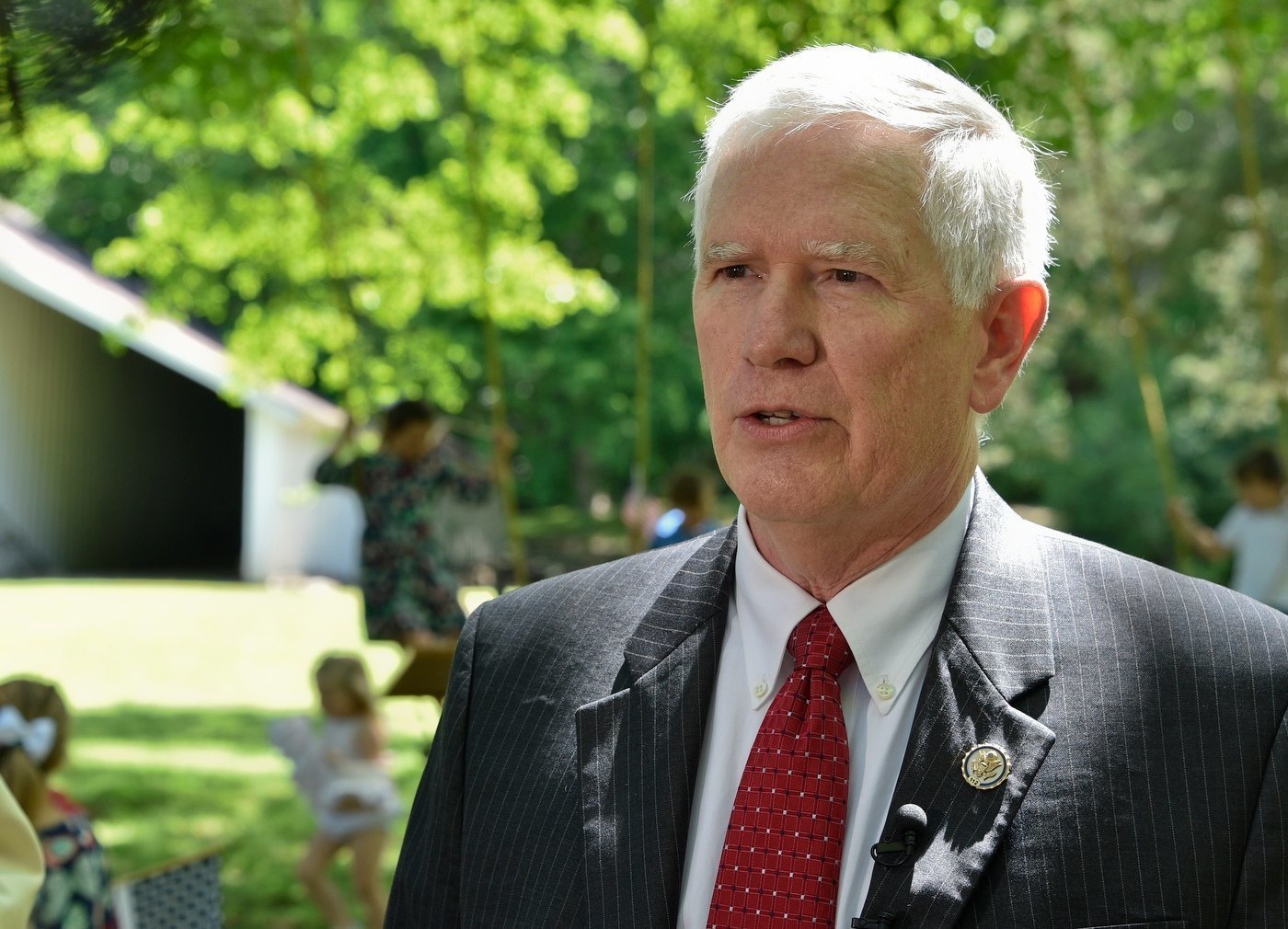 WASHINGTON — Rep. Mo Brooks attacked Senate Majority Leader Mitch McConnell on Wednesday, saying he would vote to change how the chamber works if he wins the special election in Alabama.

McConnell “is a swamp critter,” Brooks told reporters at an event organized by the Heritage Foundation. Instead of “draining the swamp” as President Donald Trump has promised, McConnell is enabling old ways of doing business in Washington, Brooks said.

If elected to the Senate, Brooks said, he would not only vote to replace McConnell as the party’s leader but also would approve of far reaching changes in the way the Senate works.

The Alabama congressman is among nine Republicans vying in the Aug. 15 GOP primary for the safe seat vacated by Jeff Sessions when he became attorney general.

Brooks declined to say who he would support as Republican leader if McConnell were to be replaced.

Senate rules requiring 60 votes to approve spending and other major pieces of legislation should be jettisoned, Brooks said. In the current Senate makeup, that means eight Democrats are needed to join all 52 Republicans to advance bills.

“On major issues like border wall, deficit and debt, on tax reform, you’ve seen it on health care …we cannot pass anything without groveling at the feet of Schumer,” Brooks said referring to Senate Minority Leader Charles E. Schumer, D-N.Y.

McConnell, who favors keeping the 60-vote rule, is “wrong …I’d go back to the simple majority rule,” Brooks said.

Sen. Luther Strange, the appointed incumbent, has the backing of McConnell and the Republican Party establishment in Alabama’s GOP primary. A runoff will be held Sept. 26 if no one clears 50 percent of the vote, with the general election being held Dec. 12.

Brooks also criticized Trump for publicly attacking Sessions, the president’s appointee leading the Justice Department and Trump’s first Senate supporter during the 2016 election. Trump has called Sessions “very weak” and “beleaguered” in tweets, and has voiced his displeasure that the attorney general recused himself from the government’s probe of possible collusion between the Trump campaign and Russian officials during the 2016 campaign.

Trump’s tweets about Sessions “reminds me of the public statements we saw before Comey was terminated,” Brooks said, referring to former FBI Director James B. Comey.

Brooks said if Trump fired Sessions or forced the attorney general to quit, “a lot of the president’s voters, particularly in the primaries, will have mixed feelings about what’s going on.”

Trump easily won Alabama with more than 62% of the vote.

(First reported by Roll Call and retrieved from MSN)http://www.msn.com/en-us/news/politics/brooks-‘swamp-critter’-mcconnell-should-be-replaced/ar-AAoS2nD?li=AA5a8k&ocid=spartanntp   (July 27, 2017)