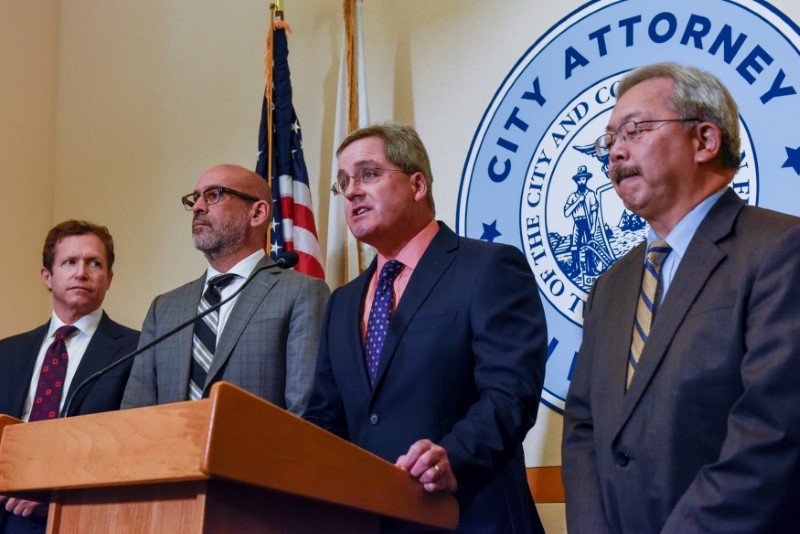 California wasted no time filing a lawsuit against the Trump Administration, claiming it discriminated against women when it rescinded the Obama-era mandate that requires employers to pay for birth control in their healthcare plans.

According to the Los Angeles Times,

The lawsuit filed in federal court in San Francisco says the new rules jeopardize the Affordable Care Act requirement that employers provide coverage of birth control for employees with no out-of-pocket costs, according to state Atty. Gen. Xavier Becerra, who filed the lawsuit seeking to block the change.

“Therefore, millions of women in California may be left without access to contraceptives and counseling and the state will be shouldering the additional fiscal and administrative burden as women seek access for this coverage through state-funded programs,” the lawsuit says.

The lawsuit also alleges the rule changes violate the 1st Amendment’s Establishment Clause because they allow employers to use religious beliefs as a right to discriminate against employees to deny them a federally entitled health benefit.

Donald Trump wants businesses and corporations to control family planning decisions rather than a woman in consultation with her doctor,” Becerra said in a statement Friday. “These anti-women’s health regulations prove once again that the Trump Administration is willing to trample on people’s rights.”

The irony is that Becerra, who’s filed more than two dozen lawsuits against the administration since Trump took office, fails to acknowledge how limited the HHS decision really is; it does not end the Obama mandate as his suit alleges, it simply allows more employers the right to “opt out” of the ACA birth control mandate on the basis of religious or moral objections.

San Francisco Chronicle reports that the decision only affects

About 10 percent of large nonprofits with more than 1,000 employees — mostly faith-based hospital systems and universities — sought the religious accommodation in 2015, according to Kaiser Family Foundation data.

Some religious organizations have long opposed the contraceptive mandate, arguing that certain forms of birth control go against their beliefs about abortion.

[But some Democrat leaders in California are making unfounded claims that this is an all-out attack on women’s rights:]

“The Trump administration has no business putting employers in the position of preventing women from accessing contraceptives,” said California Insurance Commissioner Dave Jones in a statement. “It’s not too long ago that women were asked routinely in job interviews if they used contraceptives and when they planned to have children — we will not go back to those days.”

According to a Breitbart News analysis of the ruling,  Trump is fulfilling a promise to restore religious liberty to employers and organizations who’d been forced to provide contraceptions over their moral and religious objections:

[Emphasis added] A senior official with the administration said on background in a press briefing Thursday evening the new rule provides full protection for Americans with religious beliefs and moral convictions and acknowledges that the contraceptive mandate concerns serious issues of moral concern, including those involving human life.

According to the official, the rule will nevertheless leave free contraception in place for the vast majority of women since the new rule only covers moral and religious objections.

“We will not allow people of faith to be targeted, bullied, or silenced anymore,” the president said. “We will never ever stand for religious discrimination.

“No American should be forced to choose between the dictates of the federal government and the tenets of their faith,” Trump added.