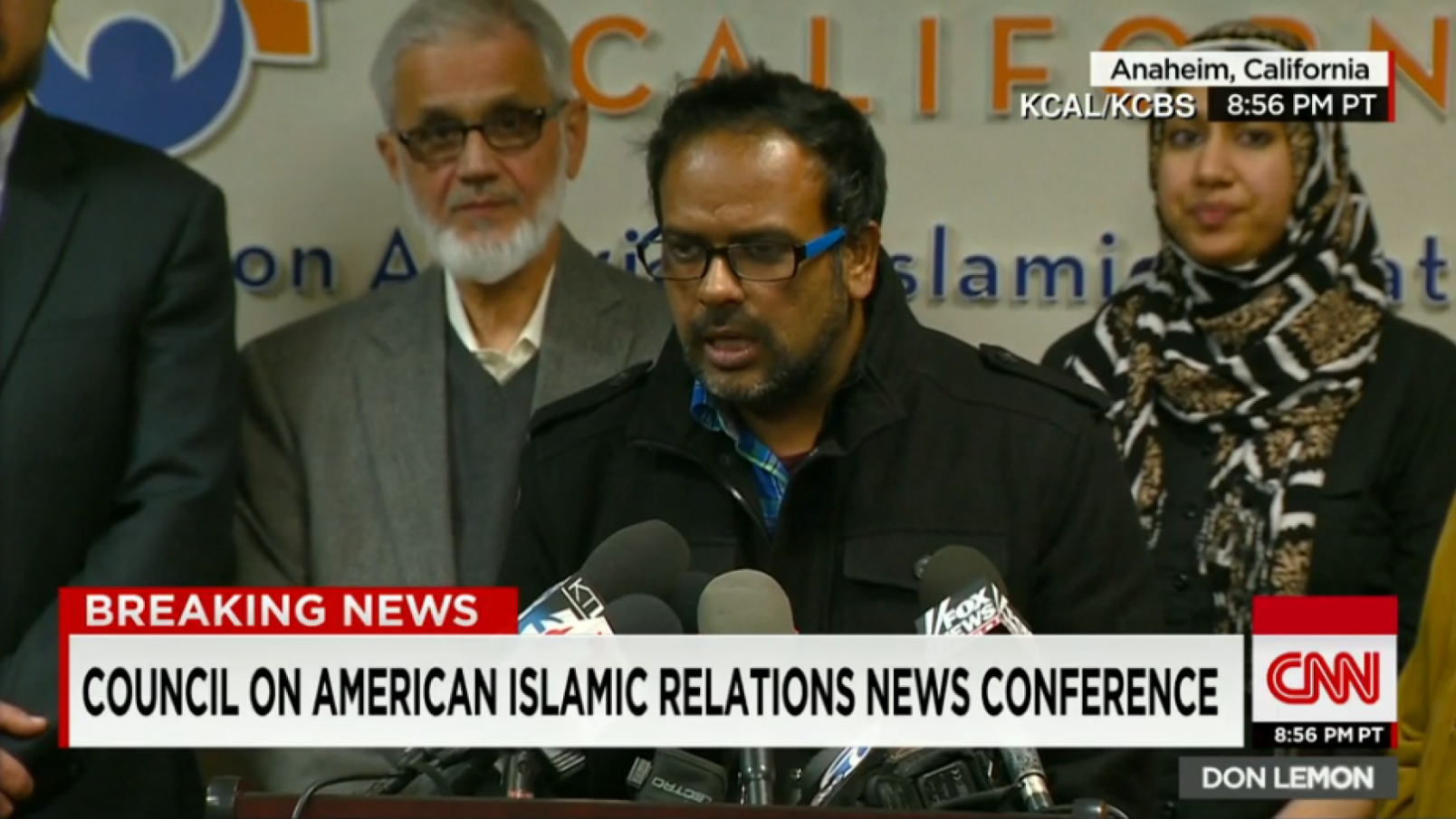 In a familiar pattern, CAIR has once again stepped in to while hurling accusations against law enforcement.

Late Monday afternoon, a man came outside a home on Ocean Parkway, where the suspect is believed to have lived, to read a statement.

“We are heartbroken by the violence that was targeted at our city today and by the allegations being made against a member of our family,” said Albert Fox Cahn, legal director for the New York chapter of the Council on American Islamic Relations. “But we are also outraged by the behavior of the law enforcement officials who have held children as small as 4 years old out in the cold and who pulled a teenager out of high school classes to interrogate him without a lawyer, without his parents. These are not the sort of actions that we expect from our justice system, and we have every confidence that our justice system will find the truth behind this attack and that we will in the end be able to learn what occurred today.”

Cahn did not take any questions from reporters.

… and then they made the terrorist cry.

This is CAIR’s fairly typical lawfare in which it quickly pushes back against law enforcement, rather than aiding them, because it’s always been a pro-terrorist organization. And there is a pattern of CAIR showing up after a terror attack to represent the terrorist’s family.

An article published in the Los Angeles Times on Sunday reported that the Council on American Islamic Relations (CAIR) — an unindicted co-conspirator in the Holy Land Foundation(HLF) trial, which is accused of funding Hamas — said it rushed to support the family of the San Bernardino terrorists immediately after the radical Islamic attack took place this past December because “[w]e wanted to make sure no one is punished for the sins of others.”

Throughout the first week the December 2 shooting took place, Ayloush would reportedly make periodic visits to the home of San Bernardino terrorist Syed Rizwan Farook’s brother-in-law, Farhan Khan, to check in on him and his family, and to monitor the threats they were receiving.

Ayloush told the Times that during one of the visits he “noticed Khan’s children on the floor eating candy” and said “their mother told him that they had run out of food because they didn’t feel comfortable leaving the home to shop for groceries.”

The United States is “partially” responsible for a jihadi massacre on Wednesday in San Bernardino, California, carried out by Islamic State loyalists who killed 14 and wounding dozens more, Hussam Ayloush, the Los Angeles Director of the Council on American-Islamic Relations (CAIR), said Friday.

“Let’s not forget that some of our own foreign policy, as Americans, as the West, have fueled that extremism,” Ayloush said on CNN’s New Day.

Same sob story and immediate intervention on behalf of the terrorist’s family.

And after the Orlando ISIS massacre.

If you are a member of the media or even an investigator with the FBI seeking to question members of the Orlando terrorist’s family or mosque, you will now have to go through a federally listed terrorist front group — the Council on American-Islamic Relations.

Calls to Omar Mateen’s father and other relatives are now redirected to a phone number for a CAIR attorney, and another CAIR lawyer is sitting in on FBI interviews with suspects at Mateen’s radical mosque in Fort Pierce, Fla. — even though the FBI has suspended formal ties to CAIR over the group’s association with terrorist groups.

Last year, CAIR intervened on behalf of the family and mosque of the San Bernardino terrorists, even holding a press conference for family members to help spin their story before investigators had a chance to talk to them. Within hours of the attack, CAIR swooped in and lawyered up key witnesses and suspected co-conspirators in the plot, including relatives and friends of the shooters along with leaders of their mosque.

CAIR officials defended the parents of the lead shooter even as they were placed on a federal terrorist watchlist.

How surprising for an unindicted terror coconspirator group. And everything CAIR does is a reminder of its terror origins and sympathies.