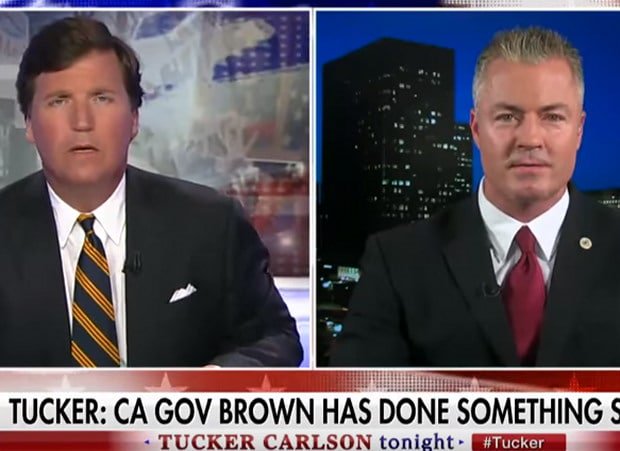 Liberal California governor Jerry Brown recently declared California a sanctuary state. Not everyone is happy about this. In fact, Travis Allen, a California Republican wants Jeff Sessions to sue the state over this.

Tucker Carlson said that under the new law, all police statewide are banned from inquiring about immigration status, and that the legislation also has guidelines for schools as well.