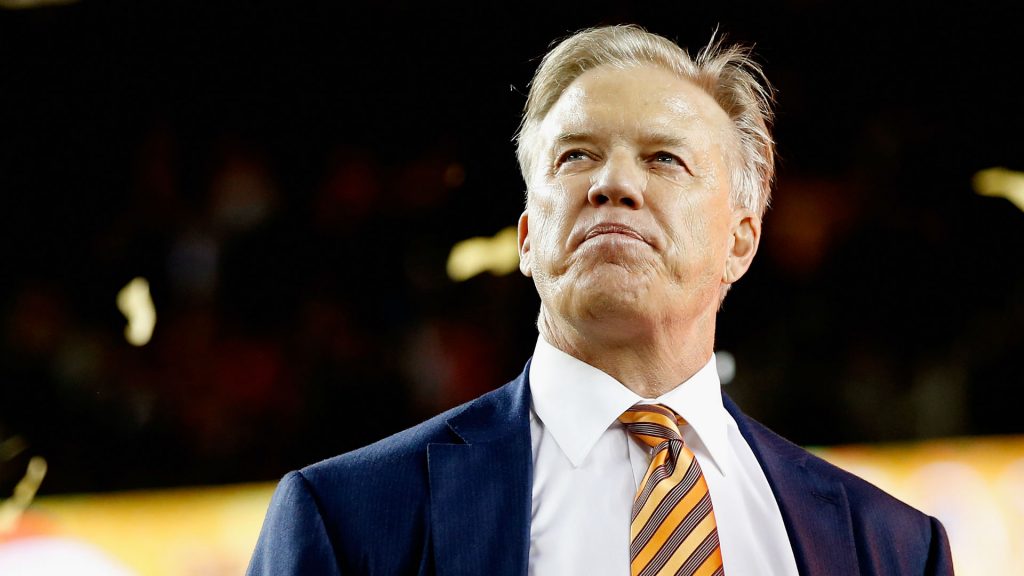 John Elway channeled millions of current and former fans Tuesday night, when he released a statement addressing the NFL protests over the weekend. The Hall of Famer and Broncos executive says, “America is the greatest country in the world,” and that people should “stand for the anthem.”

I’m one that believes in standing for the national anthem, and I’ve always believed that. I believe that this is the greatest country in the world. We are very fortunate to live here, but it’s obviously not perfect. There are a lot of things that need to be corrected, and we will continue to work on those things. I’m one that really believes in standing for the flag. I understand the players and the way they felt from the comments that were made earlier in the week. They felt they had to go down and kneel and that’s up to them. Hopefully as we go forward we can start concentrating on football a little bit more. Take the politics out of football. But I think that last week was a good show of unity by the NFL and hopefully this week we can move forward.

One can hope, though, this hope may prove too optimistic.

One person not enthralled by Elway’s remarkably good take, was Pro Football Talk’s Mike Florio. Florio charged Elway with hypocrisy for claiming to want the “politics out of football.” While also lobbying for Supreme Court justices on Broncos’ stationary.

It’s interesting that Elway makes a claim of wanting to take the politics out of football. In March, Elway wrote a letter to the Senate Judiciary Committee endorsing the candidacy of Neil Gorsuch for the Supreme Court. He did so on his personal letterhead, which includes Broncos logos. Apparently it was OK for Elway to support a political appointee with the weight of the Broncos behind him in March, but now that it’s a protest by the players he wants to “take the politics out of football.”

Elway can support anyone he wants. He was present in Washington D.C. for Trump’s inauguration in January. But it rings a bit hollow when he makes a political statement of his own in backing Gorsuch for the Supreme Court on team stationary and then claims he doesn’t want politics and football to intersect months later.

If John Elway had grabbed the mic from the official during a coin toss and heralded the jurisprudence of Gorsuch, then this might be a workable analogy. Instead, like most of Florio’s analogies, its’s not. No fan has ever bought tickets to see John Elway write letters on company stationary. Nor has anyone ever tail-gated to watch Elway write on stationary. Stationary writing, last checked, is not a competitive venture which people use to escape the doldrums of everyday life.

There are two things necessary in order to get the politics out of football: politics and football.

John Elway had the politics covered, the other thing wasn’t happening.