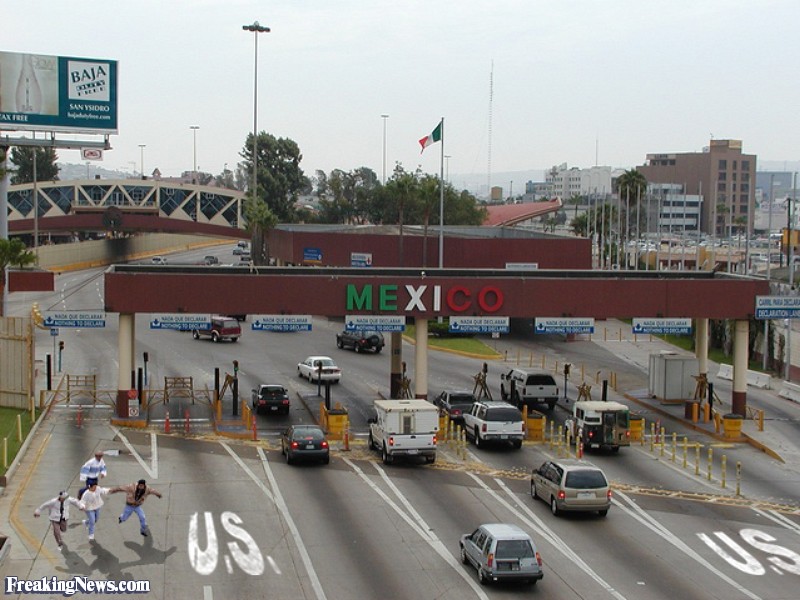 PIEDRAS NEGRAS, Coahuila — Two cartel gunmen fleeing from a raging gun battle with Mexican authorities ran through U.S. border security measures twice as they crossed into Texas and back; using their vehicle to ram barriers.

The cartel gunmen were able to cross into Eagle Pass through International Bridge #2 by running the security checkpoints. Shortly after they crossed back through a second bridge that was closed at the time. The gunmen used their vehicle to ram security barriers and later ditched it escape on foot.

State police officers with a special investigative unit spotted the vehicle along Boulevard Carranza near the intersection with Airport Boulevard in the border city of Piedras Negras. Officers tried to pull over the gunmen but were met with gunfire as they sped off–setting off a high-speed chase.

The gunmen were able to reach the main plaza in Piedras Negras, Plaza de Las Culturas, where they once again engaged law enforcement in a short firefight. As they made their way to the International Bridge #2, gunmen rammed their way through other vehicles and barriers as they used the inbound lanes through Mexican Customs to reach the U.S. side of the bridge.

Coahuila state police officers contacted their counterparts in Texas. Before American authorities were able to apprehend the shooters, they made their way to another international bridge, locally known as Bridge 1. While the crossing was closed at the time, the gunmen were able to ram through the security barriers and make their way back into Mexico.

The Mexican Army, Fuerza Coahuila, and local police officers had been combing the area however, they were able to make their way to a nearby neighborhood called Mundo Nuevo where they abonded the vehicle and fled on foot.  Authorities were able to locate the white SUV that had multiple bullet holes and extensive body damage.

Breitbart Texas reached out to CBP for comment and the agency did not respond in any manner.