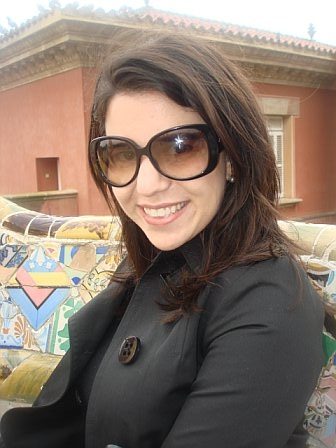 Hayley Geftman-Gold is a legal executive at CBS who said she has no sympathy for the victims in the Las Vegas shooting because “country music fans are often gun toting Republicans.”

“If they wouldn’t do anything when children were murdered I have no hope that Repugs will ever do the right thing. I’m actually not even sympathetic bc country music fans often are Republican gun toters.” 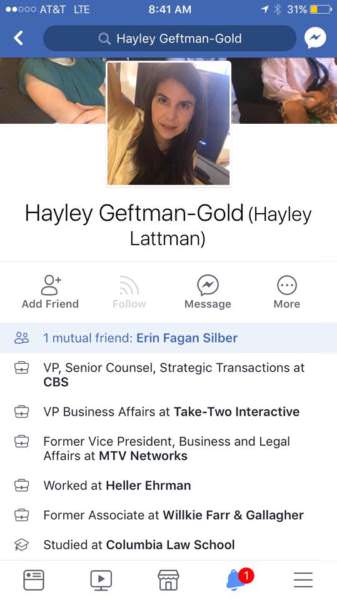 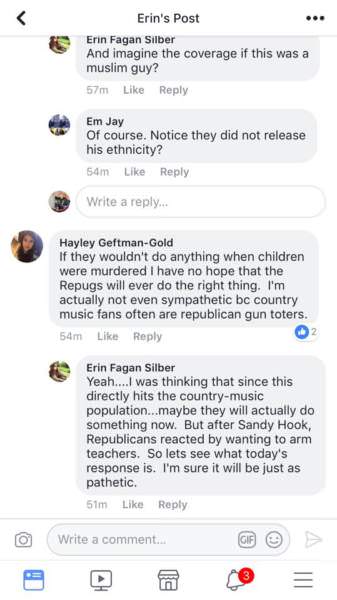 As previously reported, a crazed shooter slaughtered over 50 people Sunday night at a Las Vegas country western concert in a mass shooting.

Another 400 people were injured.

The Islamic State claimed Las Vegas suspect Stephen Paddock carried out the attack on behalf of the terror group. The shooting suspect allegedly ‘converted to Islam months ago.’

The Las Vegas shooter was identified as 64-year-old Stephen Paddock from Mesquite, Nevada.

50+ people are dead and over 400 people are injured and Hayley Geftman-Gold has no sympathy for innocent Americans slaughtered because of their political affiliation. Truly disgusting.

This isn’t the first time a vile leftist associated with CBS has made a disgusting statement like this after a terrorist attack.

As previously reported, freelance writer for CBS, David Leavitt tweeted out ‘jokes’ after a terrorist bombed the Ariana Grande concert in Manchester. Innocent people were killed and injured at this concert including children and he thinks this is appropriate? This is liberalism, folks. Zero decency. Zero compassion. 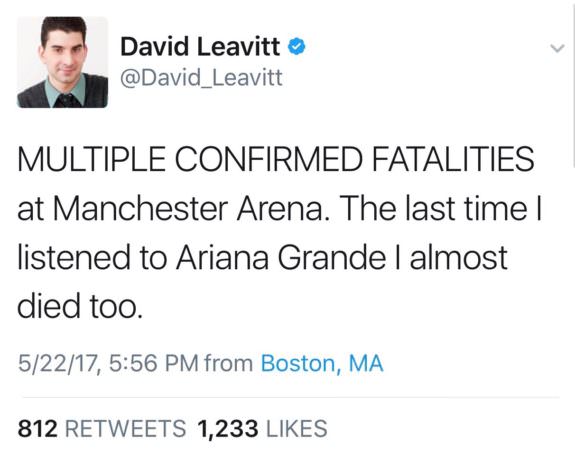