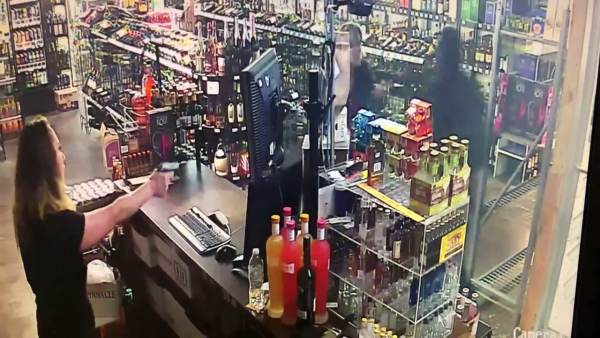 A mother-daughter duo in Tulsa, Oklahoma, were confronted by an armed robber at their neighborhood liquor store. The girls grabbed their own guns, and a shootout ensued, with the robber ending up in the hospital with serious injuries.

Tulsa police responded to the store near 12th and Memorial just after 6 p.m. Thursday after the clerk called 911, saying they shot the suspect multiple times. The suspect was gone by the time officers arrived, but he later showed up at a local hospital.

Police have identified the suspect as Tyrone Lee and believe he’s connected to 10 other robberies in the area. They say Lee walked […]