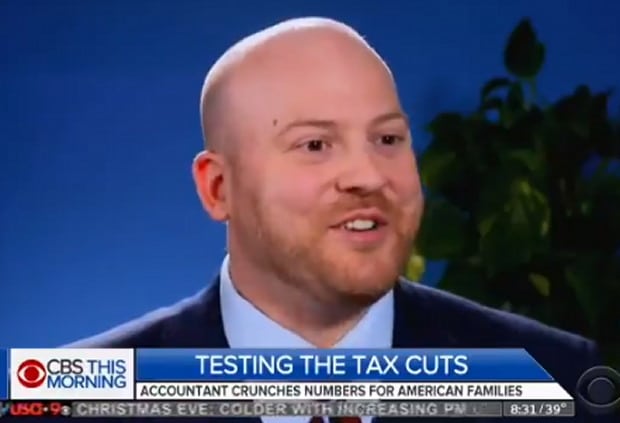 CBS News recently hired an accountant to test the tax reform bill. They had him look at the tax returns of three different families with very different situations from various parts of the country. In all three scenarios, the people saved money under the new tax plan. The families were as surprised as the folks at CBS News. Everyone has been told so many lies about the plan by Democrats and the media that no one thought they would benefit.

In the first scenario, a struggling single mother renting a home in North Carolina learns she will save $1,300.

In the second segment, a married couple from Rhode Island who own a home and have no kids have a comfortable income of around $150,000. Under the new plan they save $650.