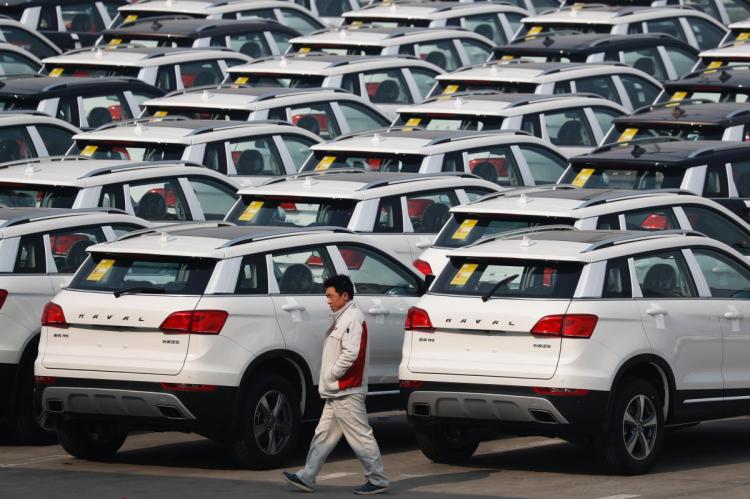 A Chinese automaker kicking the tires at Fiat Chrysler Automobiles and its most profitable asset, Jeep, is raising alarms and could run into strong opposition from the U.S. government.

China’s Great Wall Motor Company on Monday said it was interested in buying Jeep from Fiat Chrysler. It’s not yet clear whether Great Wall has already submitted a bid for Fiat Chrysler’s Jeep or whether one is being prepared. Fiat Chrysler said on Monday that it had “not been approached by Great Wall in connection with the Jeep brand or any other matter relating to its business.”

Any attempt to sell Jeep to the Chinese could be scuttled by the Trump administration. Critics of Chinese economic ambitions in the U.S. are already saying the deal should be blocked.

“It cannot possibly be in America’s interest for China’s Communist government and companies associated with it to win a larger footprint in the U.S. economy,” said Alan Tonelson, an economist and founder of the Reality Chek blog.

“I think the United States should look long and hard before allowing such a deal to go forward as I think Chinese style state guided and state run capitalism does not necessary mesh well with U.S. free market capitalism,” said Clyde Prestowitz, president of the Economic Strategy Institute.

One concern is that the deal could be used to capture U.S. technology.

“Given that U.S. car companies have been prohibitted from either setting up a factory in China without doing a joint venture with a Chinese company and are for all intents and purposes prohibited from buying Chinese companies as majority shareholder and that Chinese companies use purchases of U.S. companies to take technology back to China, this, in my view, would be a bad deal for the U.S.,” said Rob Atkinson, president of the Information Technology and Innovation Foundation.
Some say the deal could be killed because it raises national security concerns. The acquisition would likely be assessed by the Committee on Foreign Investment in the U.S., a panel that oversees foreign mergers and investments to determine if they pose a threat to national security.

“I cannot imagine this making it past CIFIUS. It would probably be be stopped on the grounds that it would transfer important U.S. technology into Chinese hands,” said a Washington D.C. trade lawyer who has successfully overseen deals approved by the committee.

Atkinson was not sure CIFIUS would block the deal.

“Given that this does not appear to involve national security, it’s not clear what legal tool the Trump administration could use to block it, other than public pressure,” he said.

The idea is even receiving a skeptical reception from inside Fiat Chrysler.
“Can you actually imagine us selling to China while Donald Trump is in the White House?” one senior company official told the Financial Times.

Fiat Chrysler’s attempt to find a buyer for itself has mostly ended in dead-ends. The company was rebuffed when it reached out to General Motors in 2015. Volkswagen has also shown no interest, particularly after its recent emissions scandals.